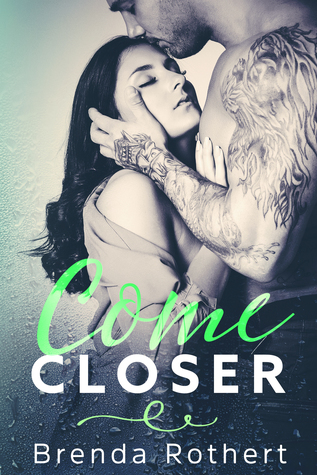 Link to my review: 5 STAR Review of Come Closer by: Brenda Rothert

When I walk through the back entrance and go into my office, I’m surrounded by the cedar log smell of Hawthorne Hill. Written reports are stacked on my desk. I’ll go through them later. I’m anxious to round on patients now. I take my white coat from a hook by the door and put it on as I walk toward the medical wing.

“Dr. Delgado, you’re back.” The female voice is eager and breathy. It has to be Sara.

“I am,” I say, glancing over my shoulder.

“How was your vacation?”

“We missed you.” She licks her lips and takes a step closer to me.

I don’t mix business and pleasure by dating my coworkers. But if I did, Sara would be all too willing to keep my bed warm. She makes no secret of it either.

Sara arches her brows and shrugs. “It’s hard to say. Dr. Tillman has him sedated.”

“He scared the life out of the new girl in Housekeeping. Told her someone had opened fire in the dining room and killed everyone.”

“That’s Leonard, though. He says things like that all the time.”

“The new girl didn’t know that. She called 911 and was hiding in a broom closet with Leonard for almost an hour until the cops found them. We had to evacuate and everything.”

I sigh heavily. “I still don’t see why Tillman sedated Leonard over that. This is a mental hospital, for Christ’s sake.”

“He just restrained him at first, but Leonard was a wreck. He just sobbed nonstop.”

“He has a fear of being restrained. Didn’t anyone tell Tillman?”

“Shit.” I shake my head in disgust. “That wouldn’t have happened if I’d been here.”

“You can’t work three hundred sixty-five days a year, Dr. Delgado.” Sara gives me an admonishing look. “Oh, and we filled Nicole’s bed the day after she was discharged.”

Sara and I walk toward the coffeemaker while talking, and I pour myself a cup.

“The new patient’s name is Allison. She’s been here for ten days and hasn’t said a word,” Sara says, pouring herself a cup of coffee, too.

“No. She was strangled, so her vocal cords may have been damaged. Or it could be shock. She witnessed her sister’s murder.”

Sara’s gaze is sympathetic. “Wait till you read her report.”

“Yeah, I think I’ll go read it before I round so I’m ready to see her. How’s she doing here so far?”

Sara shrugs. “Hard to say. Tillman has her sedated.”