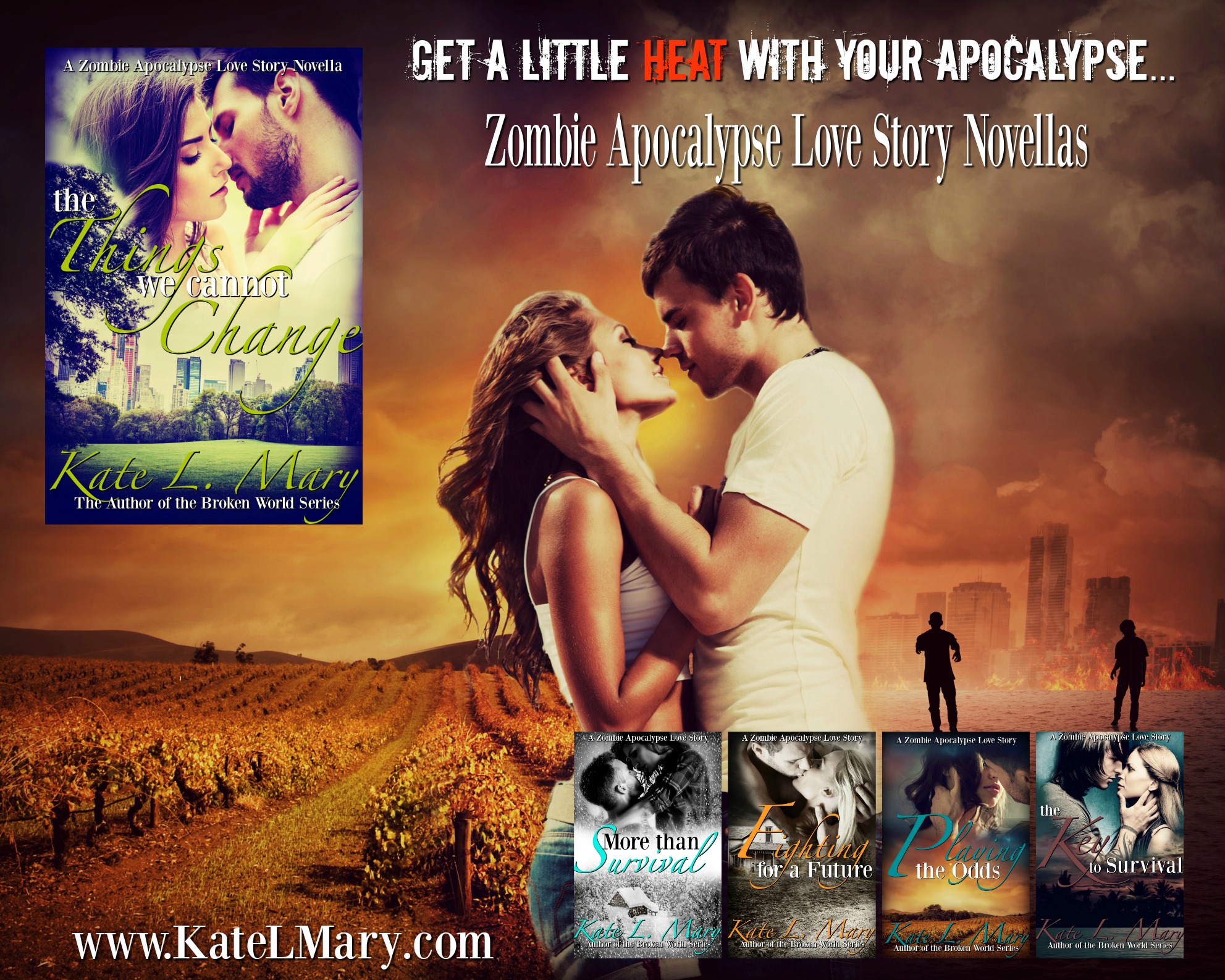 Trevor moved down the sidewalk, keeping close to the buildings. I followed, but my gaze was on the people we passed. They were so obviously dead that it sent a shiver down my spine. Gray skin and blank, milky eyes. Arms that were slack at their sides and feet that dragged against the ground with every step they took. Only they were up and moving around when they shouldn’t have been, making me want to reach out and shake the nearest one and scream at the woman to wake up.

They didn’t seem to notice us, and we made it to the end of the block with no issue. My legs were shaking enough to make me wonder if they were going to give out, but in front of me Trevor looked oddly secure. The knife in his hand didn’t even shake.

The parking garage was in sight when I stumbled on a crack in the sidewalk. My feet tripped over each other as I barely stopped my body from plunging forward and slamming into the cement. The bottles clinked together and several of the zombies closest to us turned. Their eyes seemed to focus behind the milky glaze covering their irises, and they opened their mouths like they were chomping at the air.

His words were hushed, but his tone urgent. He didn’t wait for me before taking off, but I was right on his heels. We ran down the sidewalk as more and more of the zombies noticed our existence, each of them turning our way and several of them lunging at us with their mouths open. The sight of them sent fear shooting through me, but the adrenaline coursing through my veins made it easier to run with the bottles of booze weighing me down. They clanged against one another with every step I took, but it no longer mattered if we were quiet because the street was alive with the dead, and they all wanted us.

“There!” I called when we reached the entrance to the parking garage. “Third floor.”

Trevor dashed inside, and then slowed enough to allow me to get in front of him. I already had my keys out and ready, and as I ran for the stairs, I squeezed them until the metal dug into my palm. Behind me I could hear Trevor’s heavy breathing, letting me know that he was still with me, and as we dashed up the first flight of stairs and then the next, our footsteps echoed through the empty parking garage.

A moan bounced off the walls just as we made it to the third floor, but I couldn’t figure out if it was behind us or in front of us, so I kept moving. My car was at the end of the second row, a black BMW that Nathaniel had bought me when I finished my residency. I hit the unlock button on my key and the beep echoed through the garage in response, followed by yet another moan. It was closer this time, and for some insane reason I found myself stopping so I could look around instead of getting in the car.

I spotted the zombie only a few cars down just as Trevor ripped the keys out of my hand and yelled, “Get in!”

-More novellas from the zombie world-