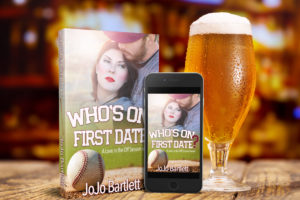 The radio started blasting when she fired the ignition. Her cheeks turned red as she rushed to turn it down or off or to another station.

“You’ve never heard of Justin Timberlake? Are you too cool for him?”

“That was not Justin Timberlake.”

“If you say so.” Here’s the thing, I knew it was Justin Timberlake, but it was also the other guys he was in the boy band with. It wasn’t cool and manly for me to know that, so I bit my tongue.

“It was *NSync,” she let it out in a rush, like she couldn’t contain it any more. It made me smile, especially when she kept talking. “I am not ashamed. They are the best boy band who ever lived. Don’t come at me with talk about Backstreet Boys or One Direction either. It’s nonsense. As far as I’m concerned, the only groups who come close to their level of awesomeness are The Beatles and The Jackson 5. But they were both a bit before my time.”

I smiled and waited, hoping her passionate rant would continue. The look on her face when I admitted I agreed with her would be worth it if she felt like she’d somehow earned my compliance on the issue. These were the fun conversations we were good at having.

“What? Do you have another group in mind?” Her gaze left the road for a second to turn to me, so I straightened my face. I didn’t want to let her in on my secret just yet. Plus, I wanted to see how she’d go on.

“There are plenty of groups out there. There’s New Edition, 98 Degrees, New Kids on the Block, and Boyz II Men to name a few. But none of them compare to Justin, Chris, Joey, Lance, and JC. None of them.”

A huff of air came out before I replied, “Oh yeah? What about those long-haired gods, Hanson, who played their own instruments? And who else could make a song called MmmBop popular? Now that’s talent. Or, speaking of talent, what about the Jonas Brothers? Those purity-ring wearing momma’s boys were even in some movies! Real star power with those ones.”

“You know far too much to pretend you didn’t know that was *NSync. You’re a huge fan, aren’t you?” She was laughing at my pseudo-rant.

“Well, I can’t hide it, so you’d better get used to it. It is what it is.” When she looked at me at the red light, I let her see my smile. The charming one I couldn’t hold back from those people I actually enjoyed being around.

“Can I hear the song you were jamming out to?”

She smiled back and hit play, letting Tearin’ Up My Heart blast.