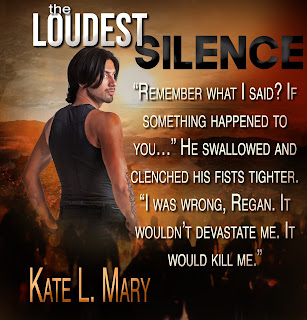 Outside, the sun was making its final descent toward the horizon, painting what was left of the blue sky orange and pink and purple. It was beautiful. Almost heartbreakingly so. Living where we did, I got to see so few sunsets, and no matter how lucky and how safe we were, I couldn’t help missing some of the simple things everyone else got to experience on a daily basis. Sunsets, rainbows after a storm, the flicker of lightning bugs on a dark summer night.

Kellan had his bag and was already headed toward the door when I grabbed mine. I slung it over my shoulder and followed, feeling groggy and slightly unsteady on my feet. In front of me, he opened the door, but paused to look around. Before he had even uttered a word, I knew what was coming.

“Heads up,” he called as he stepped out.

Even half asleep, pulling my gun was an automatic response, and it was in my hand before I’d taken another step, the safety flicked off and the barrel pointed at the ground just like I’d been taught. I couldn’t see much of the yard thanks to Kellan’s broad frame, but his tone told me there wouldn’t be more than three of the dead. He was too calm. Too laid back.

When I made it out, I had to squint against the swiftly setting sun. Kellan was already moving across the yard, and through the bright rays I could make out two figures. They were slow, which was normal these days, and after my eyes had adjusted, I could see that they were old. Early days of the apocalypse, I’d guess. Their clothes were little more than rags, torn and weathered, and the zombie on the right dragged his foot behind him as he lurched toward Kellan. Of course, I couldn’t say for sure if the thing had at one time been a he, because at this point there was no way to tell. The creature’s scalp was ripped down to the bone, and not a single tendril of hair had survived, and its face hadn’t fared much better. The skin on its cheeks had been ripped—or eaten—away, and its gums, black and rotten, were visible, along with the few teeth left. There weren’t many, and they were brown, gnarled things that probably hadn’t been in good shape when it was still a person. Not that the lack of teeth stopped the creature from chomping at Kellan and me right now.

I kept my gun out, but transferred it to my left hand so I could pull my knife with my right. Bullets weren’t the issue—we had plenty of those—it was the noise a gunshot would make. Not only would firing a gun risk drawing more zombies our way, but it could also attract the attention of people, and that was the last thing we needed right now. Or ever, for that matter. Especially not the type of people who would come running at a gunshot.

Kellan pulled his own knife when the first zombie was still six feet away. The one in front of him wasn’t the one with the bad foot. No, this one was faster, and his facial features were intact enough to tell me that he had in fact been a man when he was alive. A pair of beat up cowboy boots still adorned his feet, and the tatters of a plaid button up shirt clung to his torso. When he opened his mouth to growl at Kellan, revealing a full set of brown teeth, a shudder moved down my spine. Nine years, and I still wasn’t used to these things.

“Stay back,” Kellan called as he charged forward and grabbed the zombie by the little bit of fabric still clinging to his body.

I didn’t listen, of course, but instead hurried after him so I’d be there in case he needed backup. Odds were good he’d be okay. Kellan knew how to handle himself, but you never knew what was going to happen these days, and it was better to be safe than sorry.

He wrapped his fist in the creature’s shirt, working to keep the struggling zombie at arm’s length. In his other hand he held the knife, which he expertly flipped over so he was holding it blade down. When Kellan lifted his hand, the zombie in his grasp growled and chomped, but he held his ground, not flinching even a little bit when the creature’s teeth snapped inches from his skin. I moved closer, my fingers tightening on the knife in my own hand, but just like I’d thought, he didn’t need me. The blade was stuck deep in the zombie’s eye socket only seconds later, and the thing went down, its body thumping against the dry Oklahoma ground.

Kellan’s eyes were focused on the second zombie when he leaned down to retrieve his knife, but I was already moving before he’d managed to pull it from the skull.

I was too far away, though, and too focused on the dead man in front of me. Copying what Kellan had done only a few seconds ago, I flipped my knife around so I was gripping it with the blade pointed toward the ground. My heart thumped out a beat that echoed in my ears and nearly drowned out the sound of the moans. Meanwhile, a bead of sweat had begun a slow descent down my body, starting on my chest and moving between my breasts. I swallowed an irrational bubble of fear that was desperately trying to rise up from deep inside me, and kept my gaze focused on the zombie. He was old and slow, but I was young and had the reflexes of someone living. There was nothing to worry about.

I lifted my arm and prepared to bring it down, aiming for the eye socket just like Kellan had, but before I could do anything, he grabbed my elbow and pulled me back. I stumbled over my own feet and tried to regain my footing, but my balance was off and my hands full. I went down hard, my ass slamming into the dusty earth, and the impact vibrated through me until I felt it in my teeth. A hiss of pain and annoyance forced its way between my teeth, followed only a moment later by another thump as the second zombie hit the ground.

Kellan yanked his knife from the thing’s eye socket and turned to face me. “You okay?”

“No thanks to you.” I twisted my body, pushing myself half off the ground so I could rub my sore ass. I’d landed on the bruise that had already started developing from my fall the night before, and I now knew my entire butt cheek was going to be black and blue. “What the hell was that?”

“I told you to stay back.” He shoved his knife into its sheath and replaced his gun in its holster. Then he held his hand out to me. “Come on.”

I slapped it away and pushed myself up, pausing long enough to swipe my own weapons up off the ground. His gaze was on me, I could feel it burning into my back, but I couldn’t look at him. My blood felt like it had been baking in the damn sun for hours, and more than anything right now, I wanted to hit him.

“What’s your problem?” he asked.

“Like you really don’t know.” I stared down at the crisscross pattern the sole of his boots had left behind in the dirt, too angry to look at him.

“I don’t.” He paused like he was waiting for me to respond, but when I didn’t, he said, “You think I should have let that thing take a bite out of you?”

I spun around to face him. “Why do you automatically assume it would have gotten the better of me?”

“Because you’re not experienced enough.” He shoved his hand through his dark hair, pushing it back off his forehead. “You’ve only been out a handful of times.”

“And exactly how am I going to get any experience if you won’t even let me take down a slow zombie like that? What will I do if I’m by myself and I come up against a new one, one that’s faster, and I have no experience? How do you think I’ll survive?”

Kellan blinked like my words made no sense to him. “Why would you be alone?”

“Because things can happen, Kellan.” I rolled my eyes and shoved my knife into its sheath. “Seriously, I can’t even believe I have to tell you that.”

“I’d die before I let anything happen to you.”

His words made my insides clench and tingle. Made me feel like I was soaring into the sky. Still, I was obligated to point out the implications behind them.

“That’s my point,” I said slowly. “What if you died and I was left alone? Shouldn’t I have some experience so I can make a stand?”

Kellan’s mouth dropped open, but he said nothing. We stood there staring at each other while the scorching Oklahoma sun pounded down on us. I couldn’t read his expression, which was strange. Usually, I could tell what Kellan was thinking. But at the moment, he was too guarded. It was like a wall had gone up. 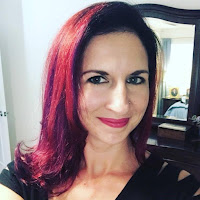