1. trouble with a twist

Overview: Pop the dice and race around the game board as you try to be the first player to get your 4 movers home. Game play to include magic-themed cards. 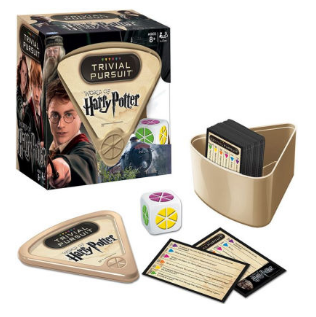 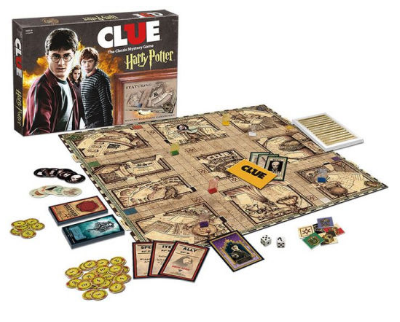 Overview: A fellow student has seemingly vanished from the famous School of Witchcraft and Wizardry – and it is up to you to solve the mysterious disappearance.

Playing as Harry, Ron, Hermione, Ginny, Luna or Neville, you must try and discover WHO did it, WHAT spell or item they used and WHERE the student was attacked. Move around Hogwarts making suggestions…but watch out! Wheels on the board will keep changing revealing secret passages, moving staircases or even the Dark Mark! Protection from the Dark Mark comes from the spells, allies and items provided by the Help Cards. When you’re sure of your facts go to Dumbledore’s office to make your accusation and win the game! 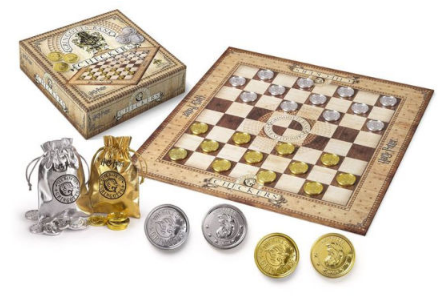 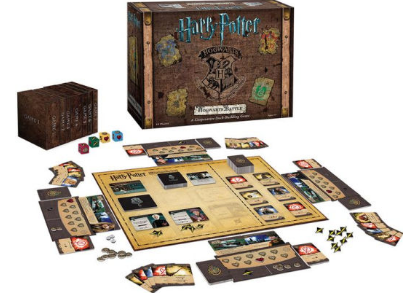 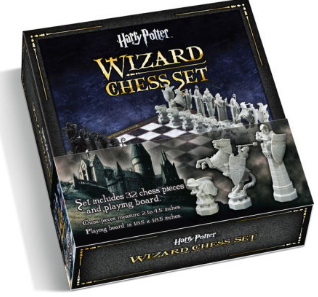 Overview: Detailed miniature re-creation of the Wizard’s Chess as seen in the movie Harry Potter and The Sorcerer’s Stone™. Set includes 32 chess pieces and playing board. 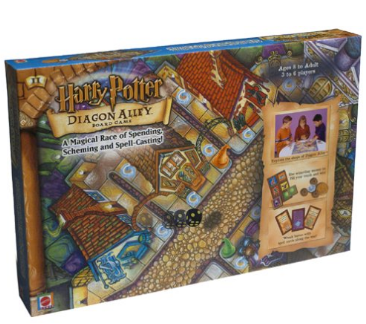 Overview: It’s time to head back to school. And if that school is Hogwarts, there are a few special supplies students will need for their classes. In this board game, players race around to visit the six shops in Diagon Alley and load their trunks with required school supplies: an owl, wand, potion bottle, robe, book, and cauldron. Move fast, though, because items sell out, stores close, and opponents can slow you down–or, worse, steal your supplies–with magic spells. The use of pointy hats as playing pieces and wizard’s money from Gringott’s Bank gives added fun to the game’s theme. 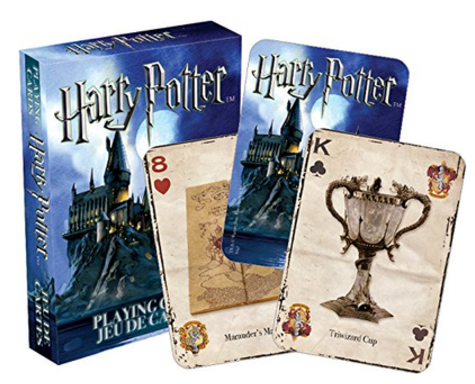 Sadly, this is a homemade game that went viral. The couple who made it TRIED to keep up with the demand, but the post has since disappeared. That doesn’t mean you can’t make your own version, though.

10. DIY Harry Potter: Guess Who? (word of advice- you don’t have to paint it.