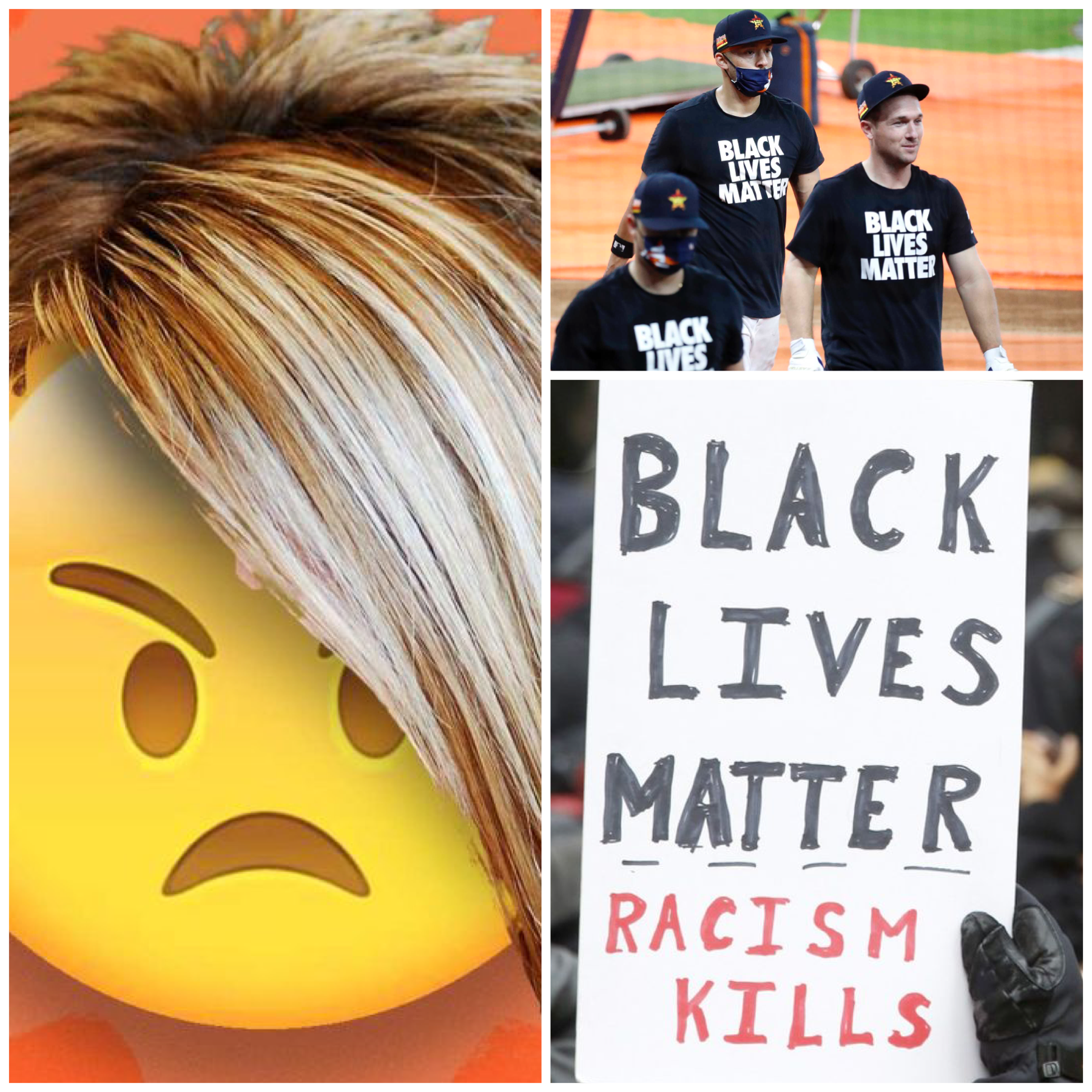 The Houston Astros and the Oakland A’s forfeited their game last night, and Karen’s are mad. But, when are they not?

Long story short, once again, a black man has been shot by the police. Jacob Blake was shot SEVEN times. In the back. Sports teams are refusing to play as a symbol of protest, and an effort to bring awareness to police brutality and the increased killings of POC by police officers.

Yet, there are still people who claim racism isn’t a driving factor. Even though this keeps happening. Like every week.

A woman, who shall not be named, made a status saying “Houston Astros just lost our fan following. Total BS!” When asked why, she said “reppin the rebels” and mentioned George Floyd… She didn’t know who Jacob Blake was, so definitely hasn’t seen the video or knew any details. But DAMN did she have opinions.

Here are the comments of the original woman, and her Karen-Friends.

“What a crock of crap! If you don’t follow the rules etc you’re gonna get shot. Quit being stupid!” LOL I hope she can walk a straight line when she gets pulled over for drinking and driving. Or else she’s gonna get shot, because in her opinion, that’s what she’d deserve.

“I won’t continue to contribute to their divisiveness and rebellion.”

“If it’s that important, they can donate their own time and money towards something positive.” LOL because they did donate their time, and they donated their checks, too.

“Company time is not the place to air personal problems.” She then went on to gripe about how she’d be fired if she did this while in her work uniform. News flash: The ENTIRE ORGANIZATION agreed to do this. So, no, they won’t be fired. They supported it.

When the original poster was confronted, she did what every woman in her 60’s does, demanded respect because she’s older. “I will say I’m a lot older and seen a lot more of this crap than you.” Yet somehow Millennials are labeled entitled.

If you’ve seen more of this crap, then you should be MORE outraged than us youngins. How disappointing. Later, she posted more about how she deserved respect. Entitled.

Respect is earned. Not given. It doesn’t matter how old you are. Being that blind after that many years makes the inkling of possible respect evaporate.

I learned this with my parents, who demanded I obeyed them and respected them, no matter what they did to me or my children, what they said to us, or what they asked of us. I was supposed to bite my tongue and do as I was told.

Sorry not sorry, but fuck you. I don’t care if you’re a relative, a person of power, a parent- you do not deserve blind respect due to your title. Same goes for a police officer. That badge makes you no better than the next person, what you DO with the badge will. And right now, there’s a good chunk of police who aren’t doing good with it.

Dear good cops, step up and speak out. If you don’t, you’re apart of the problem. You want to “back your brother,” I get it, but ain’t no brother worth backing when they’re a murderous douch canoe on a power trip.

I AM PROUD OF MY CITY. I was proud when our police officers marched with 60,000 people for George Floyd through downtown Houston. I was PROUD when the police chief rallied with the black community, lifted them up, and showed support for BLM.

I AM PROUD of the Houston Astros.