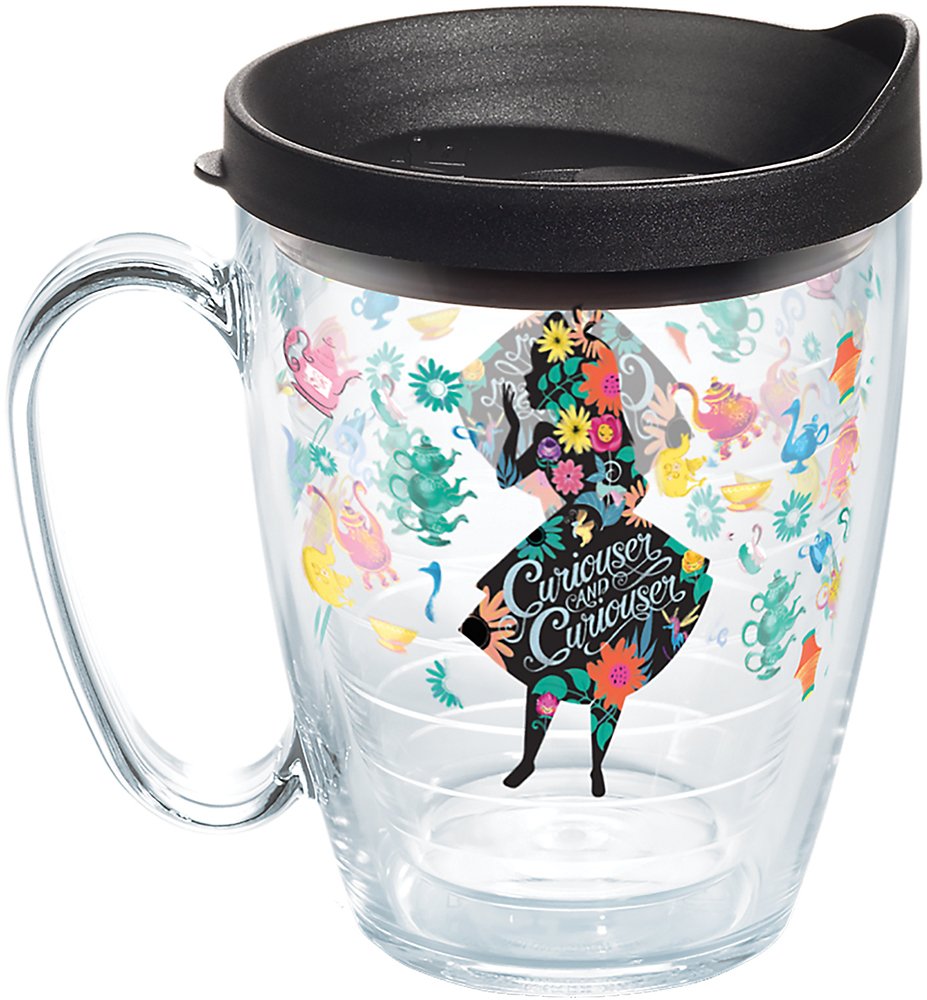 First of all, look at this cute-as-hell Tumbler WITH A LID.

And there’s tons more! EVEN HARRY POTTER ONES.

Buy it because it is cute and I’ll get a commission and buy more books and donuts and things I don’t really need.

BUT ANYWAYS…. On to the real purpose of this post.

Alice in Wonderland was published in 1865. The actual title of Lewis Carroll’s fabulous novel is ‘Alice’s Adventures in Wonderland’. Often, titles are changed so they roll off the tongue easier. For example: Harry Potter and the Sorcerer’s Stone is actually titled, Harry Potter and the Philosophers Stone. It was changed when HP made his was to America, some say they believed ‘philosopher’ was just a tad bit too difficult for us. Psh.

In 1930, China  banned Alice, too! The Governor of the Hunan Province in China claimed “animals should not use human language, and that it was disastrous to put humans and animals on the same level.” Hmm. Well, 1930-China, my dogs are pretty much like my children, so.. Just no.

By about 1960, religious groups, parents and school systems realized there were drugs in the book! A little late to the party, don’t you think? But, the presence of Hookahs and Mushrooms led to Alice being banned in all of the United States. Let’s get real, though, who wasn’t chomping on a mushroom and puffing on a Hookah in the 60’s? I’m willing to bet even Tricky Dick (Nixon)  enjoyed a joint or two.

But all’s well that ends well. Obviously Alice and her little rabbit friend are no longer banned. And we get to enjoy Johnny Depp sipping his tea, Tweedle Dee & Tweedle Dum with all of their weirdness, and of course, the eccentric Caterpillar smoking his Hookah.