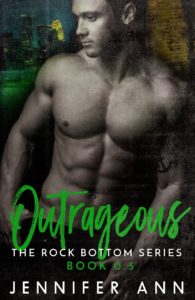 The South Side is like an incurable cancer, destroying the lives of everyone it touches.

For Brooke, the nightmare is over, and she uses her experience of survival to help those still living it.

He’s the smartest high schooler she’s ever met, and gets under her skin in the most delicious way.

She’s the bravest woman he knows, and he’s amazed she cares about his future and the fate of his band.

Their attraction is undeniable, but it’s also forbidden. She took an oath not to sleep with those she’s promised to protect.

But when the King of South Side tangles with Liam and his bandmates, she’s forced to make a choice.

One that could cost her everything.