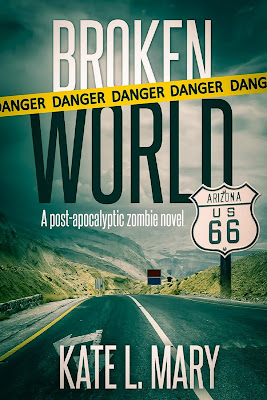 Genre: Post-Apocalyptic
What’s It All About?
Follow a group of survivors on a journey that spans eleven books and twenty years as they search for safety in a world overrun by the dead…
When a deadly virus sweeps the country, Vivian sets out for California in hopes of seeing the daughter she gave up for adoption. Then her car breaks down and she’s faced with a choice: give up or accept a ride from redneck brothers, Angus and Axl. Vivian knows getting in the car with strangers is a risk, but with time running out, she’s willing to do whatever it takes to reach her daughter.
The virus is spreading, and by the time the group makes it to California, most of the population has already been wiped out. When the dead start coming back, Vivian and the others realize that no electricity or running water are the least of their concerns. Now Vivian must learn how to be a mom under the most frightening circumstances, cope with Angus’s aggressive mood swings, and sort out her growing attraction to his brooding younger brother, Axl.
While searching for a safe place to go, the group meets a pompous billionaire who may be the answer to all their problems. Trusting him means going into the middle of the Mojave Desert and possibly risking their lives, but with the streets overrun and nowhere else to turn, he might be their only chance for survival… 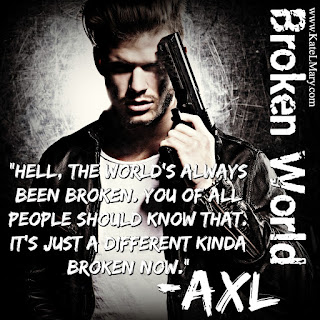 Movement catches my eye. My heart goes into double time when my head jerks up. There’s a man across the street, walking slowly up the hill. He has his head bowed and he stares at the ground.
“A man,” I say, pointing at him.
Axl looks over and we both stand quietly for a few seconds, just watching him. He’s alone and unarmed, but my heart still pounds. We should just walk away. Leave him alone.
Axl cups his hands around his mouth and shouts, “Hey!”
The man stops and lifts his head, but he doesn’t look around. He just stands there. I hold my breath while we wait for him to respond, to acknowledge us in some way. But he doesn’t. He doesn’t do anything. After a few seconds he starts walking again. The same sluggish pace as before: his head down, his arms slack and swinging at his sides. It’s creepy.
“Guess he don’t want company,” Axl says.
I nod, but something inside me tightens. It makes me think of that man we saw in the field a few days ago. He was walking the same way. Aimless. Defeated. There’s something unnerving about it.
My scalp tingles and the sensation of being watched sweeps over me. “Let’s get back inside.”
We walk into the lobby and both freeze in our tracks at the sight of a woman standing there. She’s wearing a uniform—looks like housekeeping—and stands perfectly still, staring at the ground. She slowly raises her head and I suck in a deep breath. She’s sick. Her face is pale and gray, her skin droops and her eyes are cloudy. She looks awful. Death can’t be too far away.
“Son of a bitch,” Axl mutters, pulling his gun out. His body goes rigid and his hands even shake a little.
“What’s wrong?”
“That’s the maid.”
What does he mean? She’s wearing a uniform; it’s obvious she’s a maid. “What?”
“The maid we took the key from,” he says, stepping back. “She was dead.”
I laugh a little, but it comes out strained and nervous. I can’t process what he’s saying. She’s clearly alive. She’s standing in front of us, staring at us.
“You’re wrong,” I say.
“I ain’t wrong,” he growls, grabbing my arm and trying to pull me back.
I shake him off and take a small step forward. “She’s sick.”
“Vivian, get back!”
I move forward again. “Are you okay? Can we help you?”
She doesn’t talk, but she tilts her head to the side and studies me. A chill runs up my spine, but I ignore it. Axl is freaking me out, but he’s crazy. There’s nothing to worry about.