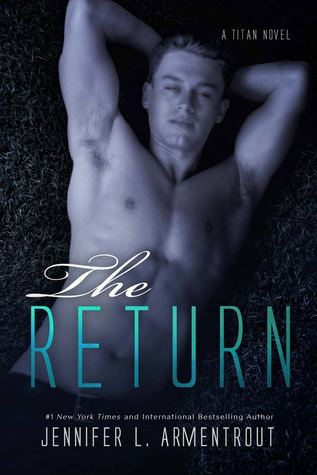 Hey-o! Guess what!? I am officially on Jennifer Armentrout’s ARC team!

The first ARC being The Prophecy, which is the final book in The Titan Series,  a spin-off from The Covenant Series.

Surprisingly, this is the ONLY series of Jennifer’s that I have not read. The premise is extremely, extremely similar to Vampire Academy, so I didn’t dive in.

So, how am I supposed to read eight books in a teeny tiny time frame? I’m not. I skipped right over The Covenant Series and went to The Titan Series. And GUESS WHAT!? It is totally okay to do it!

Some say you HAVE to read The Covenant first, but you do not. The minor details that you do need to know from Covenant are learned very early on in Titan.

I am really, really enjoying this book, y’all. It’s funny in the wonderful Armentrout way. I could see this being a new fandom frenzy of mine. Also, I’m listening to The Return via Audiobook. Russian accents are hot. Just saying.