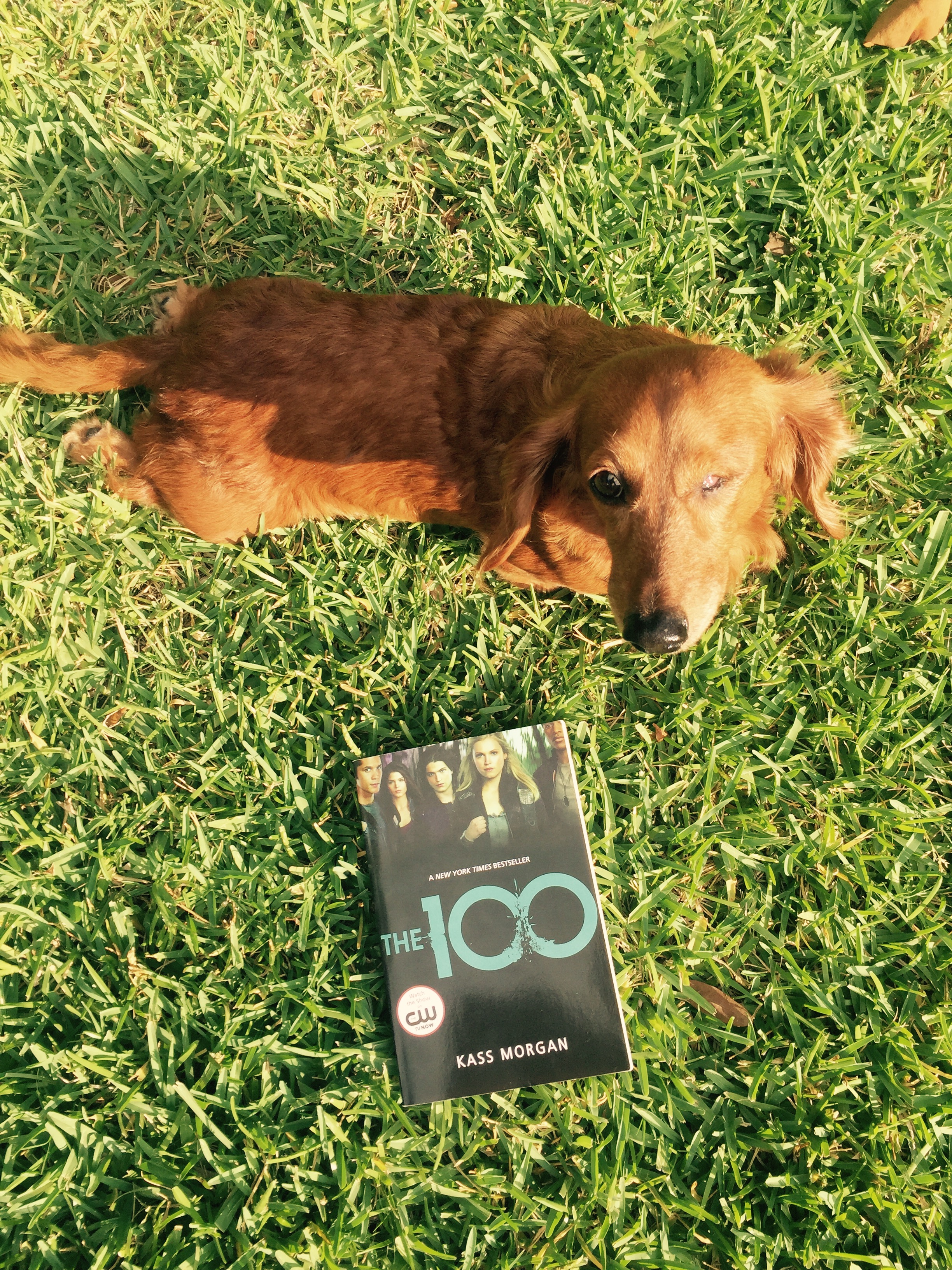 I had the wonder-fricking-ful opportunity to meet Kass Morgan at RT in Vegas last year! I fangirled, stuttered,  sweated through my shirt, and drew a complete blank on what i wanted to say. Just imagine a deer in the headlights- that was me. But, Kass Morgan, being the wonderful person she is, kept the conversation flowing. I told her I’ve only watched the show… And she said- “The plot lines are very different, so you can enjoy both.” SCORE! So, when I finally finish the book I am currently on, i’m opening up this bad boy. Oh, and I am WAY behind on The 100 TV show. Please, for the love of J.K Rowling, NO SPOILERS in the comments.

And say hi to my one eyed weenie. So many dirty jokes…

No one has set foot on Earth in centuries — until now.

Ever since a devastating nuclear war, humanity has lived on spaceships far above Earth’s radioactive surface. Now, one hundred juvenile delinquents — considered expendable by society — are being sent on a dangerous mission: to recolonize the planet. It could be their second chance at life…or it could be a suicide mission.

CLARKE was arrested for treason, though she’s haunted by the memory of what she really did. WELLS, the chancellor’s son, came to Earth for the girl he loves — but will she ever forgive him? Reckless BELLAMY fought his way onto the transport pod to protect his sister, the other half of the only pair of siblings in the universe. And GLASS managed to escape back onto the ship, only to find that life there is just as dangerous as she feared it would be on Earth.

Confronted with a savage land and haunted by secrets from their pasts, the hundred must fight to survive. They were never meant to be heroes, but they may be mankind’s last hope.