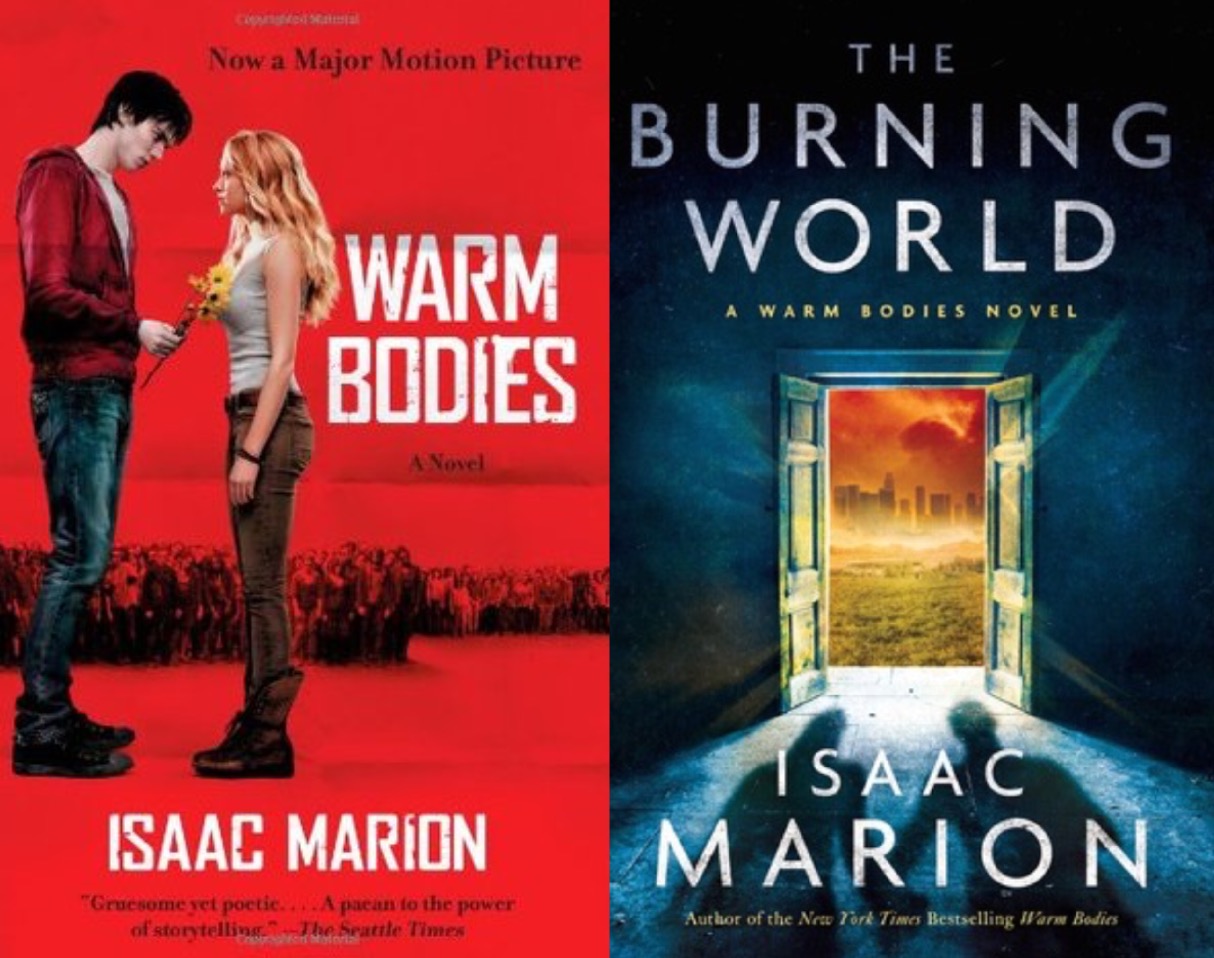 I’m going to be honest, I haven’t read Warm Bodies, but I watched the movie and LOVED IT! We all know the book is better than the movie in almost every single case, so I imagine the book is pretty bad-ass.

I was surprised to learn there will be a SEQUEL! This has motivated me to read the first one, because i am SUPER interested in the second.

Here’s the summary for Warm Bodies. To prevent spoilers for the second book, you’ll have to click the ‘2’ page to read the summary for The Burning World. Candace Reads, always spoiler free :).

R is having a no-life crisis—he is a zombie. He has no memories, no identity, and no pulse, but he is a little different from his fellow Dead. He may occasionally eat people, but he’d rather be riding abandoned airport escalators, listening to Sinatra in the cozy 747 he calls home, or collecting souvenirs from the ruins of civilization.

And then he meets a girl.

First as his captive, then his reluctant guest, Julie is a blast of living color in R’s gray landscape, and something inside him begins to bloom. He doesn’t want to eat this girl—although she looks delicious—he wants to protect her. But their unlikely bond will cause ripples they can’t imagine, and their hopeless world won’t change without a fight.