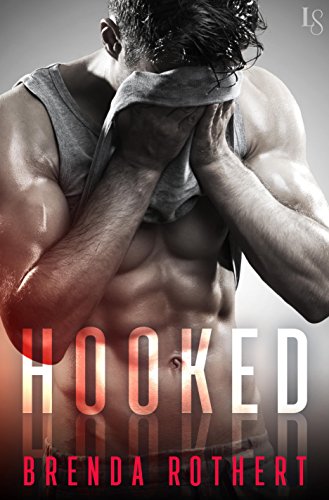 Miranda lives in a shoddy Chicago apartment; working two jobs and putting herself through college, leaving little time for a social life. On the other end of the spectrum, Jake, “he who has it all” is living in a pent-house, paid for by his top-notch career as a full time hockey player/part-time Playboy *rolls eyes*. Life isn’t too rosy for him, though, as he is being blackmailed into dating the insane team-owners daughter. Which couldn’t come at a more terrible time, considering he just had an epic verbal blow-out with his pent-house maid, Miranda, and is now crushing BIG TIME on her (men are freaking weird). But there is more to Jake than meets the eye, he has a secret larger than Hailey, and it could destroy any chance he has with Miranda. Here’s to hoping he pulls his head out of his ass!

My initial impression of Jake was not positive, his arrogance and womanizing traits were infuriating to read, and not the least bit enjoyable. But the moment he set eyes on Miranda, his eyes glazed over and his head became magically screwed on straight. Adios, Douche-bag version of Jake; hello, Desperate-for-Miranda’s affection-Jake. There’s something quite inspiring about a self-pro-claimed “confident not cocky” type of guy getting knocked down a few sizes by a woman who doesn’t put up with BS. A saucy woman is undeniably my favorite type of character, and she doesn’t disappoint with her witty attitude.

I enjoyed the pace of their evolving relationship, Brenda has a gift for writing non-cookie cutter love. Their courtship was well thought out, and on a realistic time-line, oh my! Although, some of their personal dilemmas fell short for me. Miranda’s trust issues felt like an after-thought, and Jake’s emotional baggage made no sense until thoroughly explained by him. I had an “aha, it makes sense now” moment. The big kicker was Jake’s secret relationship with Hailey, I was biting my fingernails just waiting for that to blow up in his face, providing the perfect amount of suspense! Also, what a doubled standard world we live in! Being FORCED by his employer to date a woman, disgusting.

There were a few hiccups I got hung up on along the way, but in the end I was knee deep in love, and all of the emotional baggage was neatly folded, hitting me right in the heart-strings. A strong 4 out of 5, for sure!