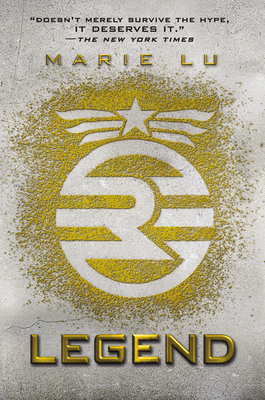 Well, I’m stumped. Have you ever gone on a date with a guy who opens your door, pays for dinner, throws his jacket over a puddle, and kisses you in the rain- Ryan Gosling style? Me neither. But imagine you did. And at the end of the night you should be knee deep in puppy love, right? But for some ungodly reason you weren’t. That’s about the equivalent feeling I have for Legend. It had all the necessary qualities to make a fabulous book relationship with me, but we just didn’t connect.

There’s nothing wrong with Legend, per se. But there wasn’t anything spectacular, either. The plot flowed nicely and stayed on course, if not a little slow paced and predictable. The characters were likable, but didn’t possess qualities to make a lasting impression. Basically, with every compliment, there will be a “but-this is why it didn’t work for me”. I will say, there were bouts of “OMG did that just happen” moments, and that’s what kept me reading. But (see, another ‘but’), in the end it all felt very cookie cutter.

I have bought the second installment to this trilogy and do intend to read it! Just not right away. If you’re a devout dystopian junkie, then Legend will be a “been there done that” experience for you. Unfortunately, I’ve been there and done that.

Also, WTH happened to the dog!?