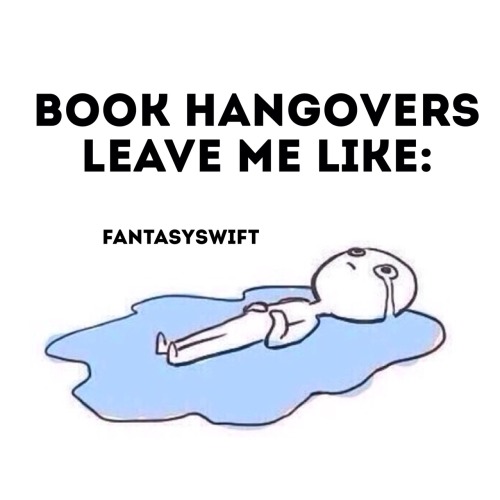 If you have experienced a book hangover, you know the pain is real.

You’re probably not ready to commit to another series after all you went through.

No worries! I am here to help! Short stories are a GREAT way to fill the hole in your heart until you’re ready to move on. 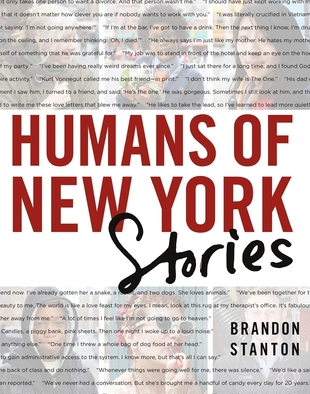 In the summer of 2010, photographer Brandon Stanton began an ambitious project -to single-handedly create a photographic census of New York City. The photos he took and the accompanying interviews became the blog Humans of New York. In the first three years, his audience steadily grew from a few hundred to over one million. In 2013, his book Humans of New York, based on that blog, was published and immediately catapulted to the top of the NY Times Bestseller List. It has appeared on that list for over twenty-five weeks to date. The appeal of HONY has been so great that in the course of the next year Brandon’s following increased tenfold to, now, over 12 million followers on Facebook. In the summer of 2014, the UN chose him to travel around the world on a goodwill mission that had followers meeting people from Iraq to the Ukraine to Mexico City via the photos he took.

Now, Brandon is back with the follow up to Humans of New York that his loyal followers have been waiting for: Humans of New York: Stories. Ever since Brandon began interviewing people on the streets of NY, the dialogue he’s had with them has increasingly become as in-depth, intriguing and moving as the photos themselves. Humans of New York: Stories presents a whole new group of humans, complete with stories that delve deeper and surprise with greater candour. Let Brandon Stanton and the people he’s photographed astonish you.

I highly suggest you follow Brandon Stanton’s Facebook page. The stories he collects from strangers are breath-taking and eye opening. 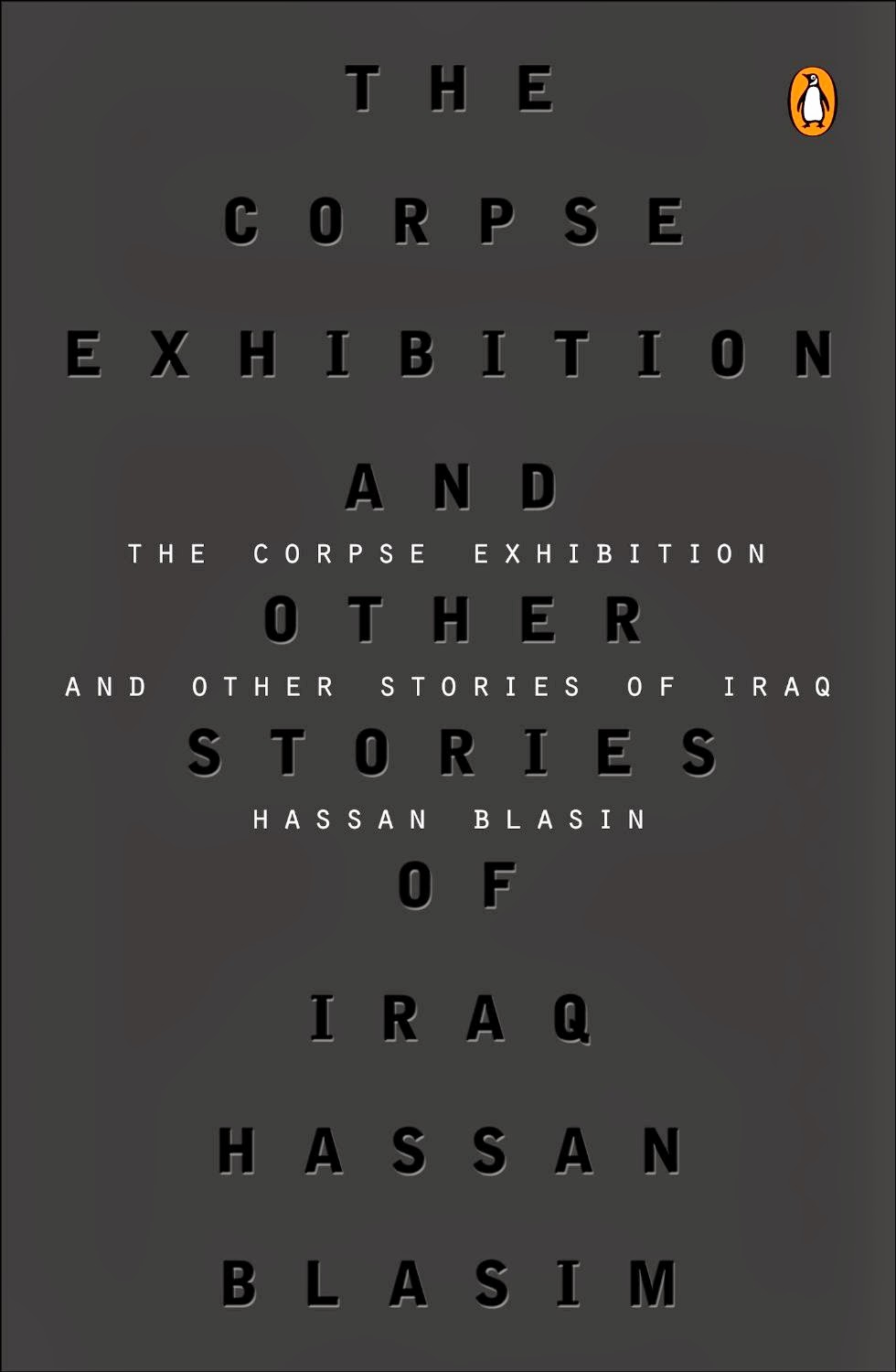 The first major literary work about the Iraq War from an Iraqi perspective—by an explosive new voice hailed as “perhaps the best writer of Arabic fiction alive” (The Guardian)—The Corpse Exhibition shows us the war as we have never seen it before. Here is a world not only of soldiers and assassins, hostages and car bombers, refugees and terrorists, but also of madmen and prophets, angels and djinni, sorcerers and spirits.

Blending shocking realism with flights of fantasy, The Corpse Exhibition offers us a pageant of horrors, as haunting as the photos of Abu Ghraib and as difficult to look away from, but shot through with a gallows humor that yields an unflinching comedy of the macabre. Gripping and hallucinatory, this is a new kind of storytelling forged in the crucible of war. 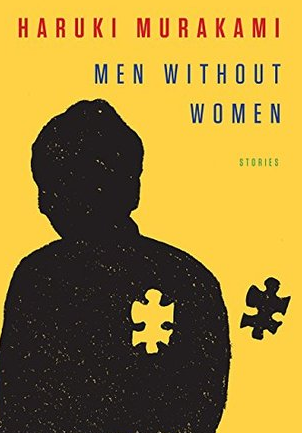 A dazzling new collection of short stories–the first major new work of fiction from the beloved, internationally acclaimed, Haruki Murakami since his #1 best-selling Colorless Tsukuru Tazaki and His Years of Pilgrimage.

Across seven tales, Haruki Murakami brings his powers of observation to bear on the lives of men who, in their own ways, find themselves alone. Here are vanishing cats and smoky bars, lonely hearts and mysterious women, baseball and the Beatles, woven together to tell stories that speak to us all.

Marked by the same wry humor that has defined his entire body of work, in this collection Murakami has crafted another contemporary classic. 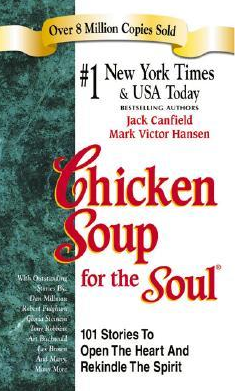 Two of America’s best-loved inspirational speakers share the very best of their collected stories and favorite tales that have touched the hearts of people everywhere. Canfield and Hansen bring you wit and wisdom, hope and empowerment to buoy you through life’s dark moments. 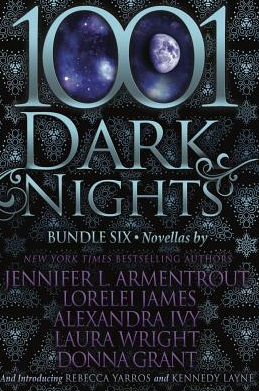 DREAM OF YOU: Abby Erickson isn t looking for a one-night stand, a relationship, or anything that involves any one-on-one time, but when she witnesses a shocking crime, she s thrust into the hands of the sexiest man she s ever seen Colton Anders. His job is to protect her, but with every look, every touch, and every simmering kiss, she s in danger of not only losing her life but her heart also.
STRIPPED DOWN: From New York Times and USA Today bestselling author Lorelei James, a new steamy story of the Blacktop Cowboys… Never challenge a cowboy to a little naughty competition A flirty game of sexual truth or dare between best man, Wynton Grant, and maid of honor, Melissa Lockhart during their BFF s wedding reception results in a steamy hookup. But their plans for a one and done change when a family crisis leaves Wyn shorthanded at the Grant Ranch. Experienced horsewoman Mel volunteers to help out and gets way more than she bargained for living under the same roof as the sexy rancher. Playing house has never appealed to Wyn until now. But the feisty redhead is keeping secrets and Wyn s not above stripping her bare body and soul to get to the bottom of it
RAGE/KILLIAN: RAGE
Rage might be an aggressive Hunter by nature, but the gorgeous male has never had a problem charming the females. All except Lucie Gaudet. Of course, the lovely Geek is a born troublemaker, and it was no surprise to Rage when she was kicked out of the Wildlands. But now the Pantera need a first-class hacker to stop the potential destruction of their people. And it s up to Rage to convince Lucie to help. Can the two forget the past and their sizzling attraction to save the Pantera?
KILLIAN
Gorgeous, brutal, aggressive, and human, Killian O Roarke wants only two things: to get rid of the Pantera DNA he s been infected with, and get back to the field. But the decorated Army Ranger never bargained on meeting the woman the female of his dreams on his mission to the Wildlands. Rosalie lost her mate to a human, and now the Hunter despises them all. In fact, she thinks they re good for only one thing: barbeque. But this one she s guarding is testing her beliefs. He is proud and kind, and also knows the pain of loss. But in a time of war between their species, isn t any chance of love destined for destruction?
DRAGON KING: A Woman On A Mission
Grace Clark has always done things safe. She s never colored outside of the law, but she has a book due and has found the perfect spot to break through her writer s block. Or so she thinks. Right up until Arian suddenly appears and tries to force her away from the mountain. Unaware of the war she just stumbled into, Grace doesn t just discover the perfect place to write, she finds Arian the most gorgeous, enticing, mysterious man she s ever met.
A King With a Purpose
Arian is a Dragon King who has slept away centuries in his cave. Recently woken, he s about to leave his mountain to join his brethren in a war when he s alerted that someone has crossed onto Dreagan. He s ready to fight until he sees the woman. She s innocent and mortal and she sets his blood aflame. He recognizes the danger approaching her just as the dragon within him demands he claim her for his own “