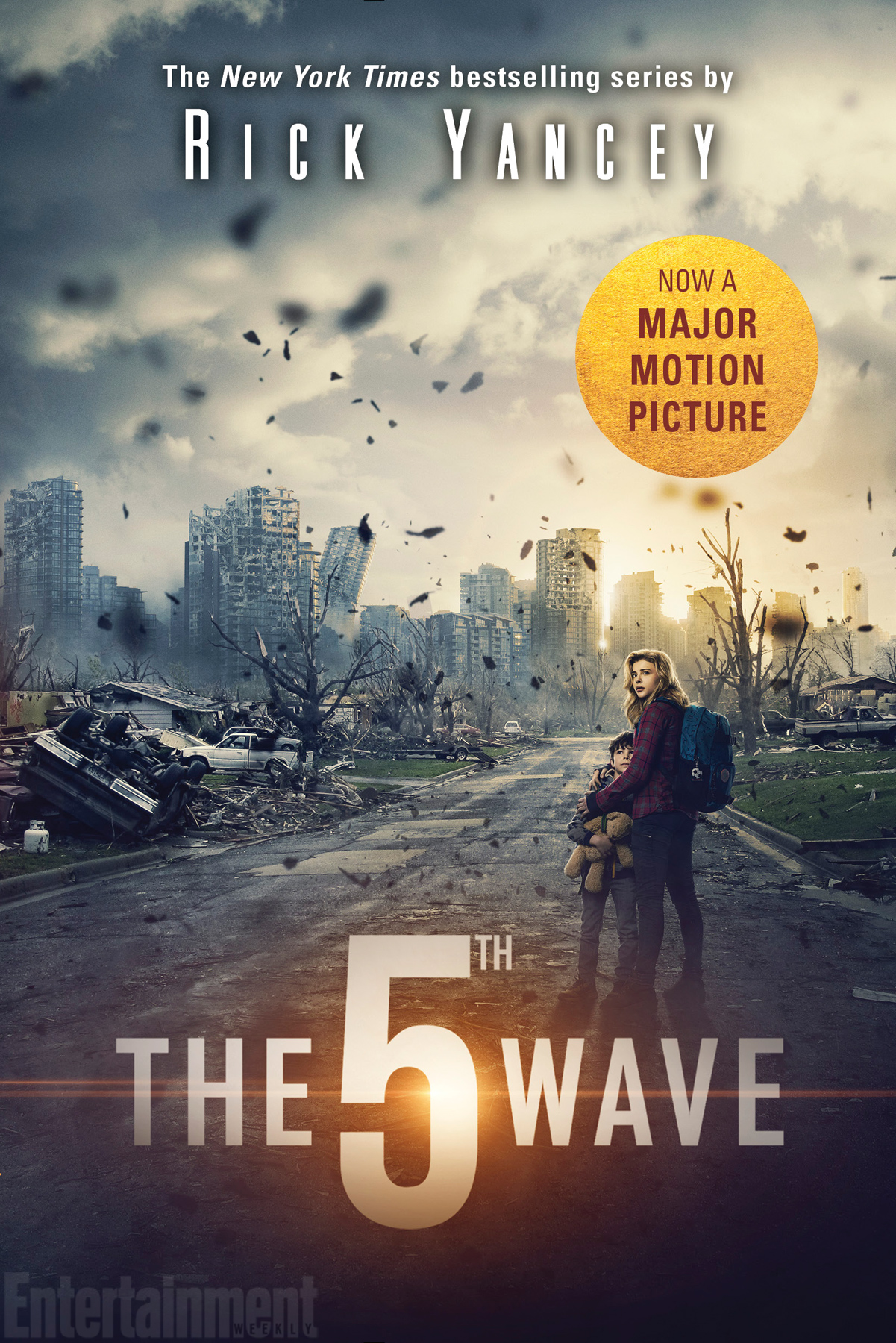 “Intense is not a strong enough word! I held my breath for 512 pages, and loved every minute of it.” ―Candace Reads

The 5th Wave is my Horcrux; I would willingly hide a fragment of my soul in this book. As far as dystopian goes, The 5th Wave is the crème dela crème. As I read, I felt as though I was watching a movie, the detailed descriptions of a post-genocide world met all of my gory-book needs. This series is for a wide-range of readers, whether you love sci-fi, thrillers (psychological and action), or romance, The 5th Wave offers something for everyone.

The aliens came out of nowhere, but they technically did not appear at all. They were among humans all along- waiting, watching, and learning. And when they decided to strike, they took out seven billion humans, through what are now called ‘waves’. The 1st wave, electricity is gone. Followed up with the 2nd, literal wave, a tsunami that killed millions. Then the worst thus far, the 3rd wave- disease. Sixteen year old Cassie Sullivan has survived the first three waves and is now alone in the woods, barely surviving. Her will to live being a promise to rescue her brother. On her suicidal mission across country, she encounters the mysterious and handsome Evan Walker. Evan may be the only chance to save her brother; but in a world where the enemy is unclear, do you take the risk and trust? That’s if she can survive the next two waves.

Do not be deterred by aliens, this is not circa 1982 E.T. If vampires can sparkle, and zombies can fall in love, then aliens no longer need to be green and gooey. The true identity of the aliens are initially a mystery, adding to the intrigue; it’s a doozy, though, I’ll tell you that much.

The majority of The 5th Wave is written in Cassie’s perspective, about a quarter of the way through we are introduced to different characters, although Cassie is still the center of the story. Through Cassie’s eyes, we see the catastrophic impact the aliens have induced as she ventures to rescue her brother. And what 7 billion deaths would truly look like. As well as how it affects the human psyche. It’s quite disturbing, but it is my guilty pleasure. Every so often Cassie retells the events that led up to her current situation, giving us insight on how the first three waves affected her family and others, which was incredibly interesting. I adore Cassie, her struggle to remain humane after all that has happened to her is heartbreaking and inspiring. Her philosophical insight on the world’s demise added a mature element, so poetically written. I also idolize her bad-assery, and hilarious smart mouthed attitude, she’s an all-around great character.

Now, the romance- Evan Walker *swoon*! He is perfect, as I said before. Yet, there’s something off about him, Cassie knows it, but can’t quite put her finger on it. The part that will make you sweat is, WE KNOW IT, the reader has more insight than Cassie, and so while she is in the dark about Mr. Dreamy and whatnot, we know EVERYTHING. Okay, well not everything, the plot twists and surprises are a plenty, enough to make your head spin and squeal a little, or a lot. I also love that the swoon worthy guy isn’t perfect, he is flawed in a very unique way, something you do not see often- definitely not cookie cutter.

This book is everything. It has taken a snippet of every beloved YA novel and rolled it into one big ball of awesomeness. I found myself jumping in my seat, screaming “ARG I CAN’T READ FAST ENOUGH”, true story, I really did that. The 5th Wave will get your heart pumping, remind you how fragile life is, and show you what it means to be human. A must read.

“How do you rid the Earth of humans? Rid the humans of their humanity.”

“ ‘Everything is going to be okay,’ because that’s what I wanted him to say and it’s what he wanted to say and that’s what you do when the curtain is falling― you give the line that the audience wants to hear.”

“‘It kills me,’ I sob. The way he trusted. Like the way we trusted before they came and blew the whole goddamned world apart. Trusted that when it got dark there would be light. Trusted that when you wanted a fucking strawberry Frappuccino you could plop your ass in the car, drive down the street, and get yourself a fucking strawberry Frappuccino! Trusted… “