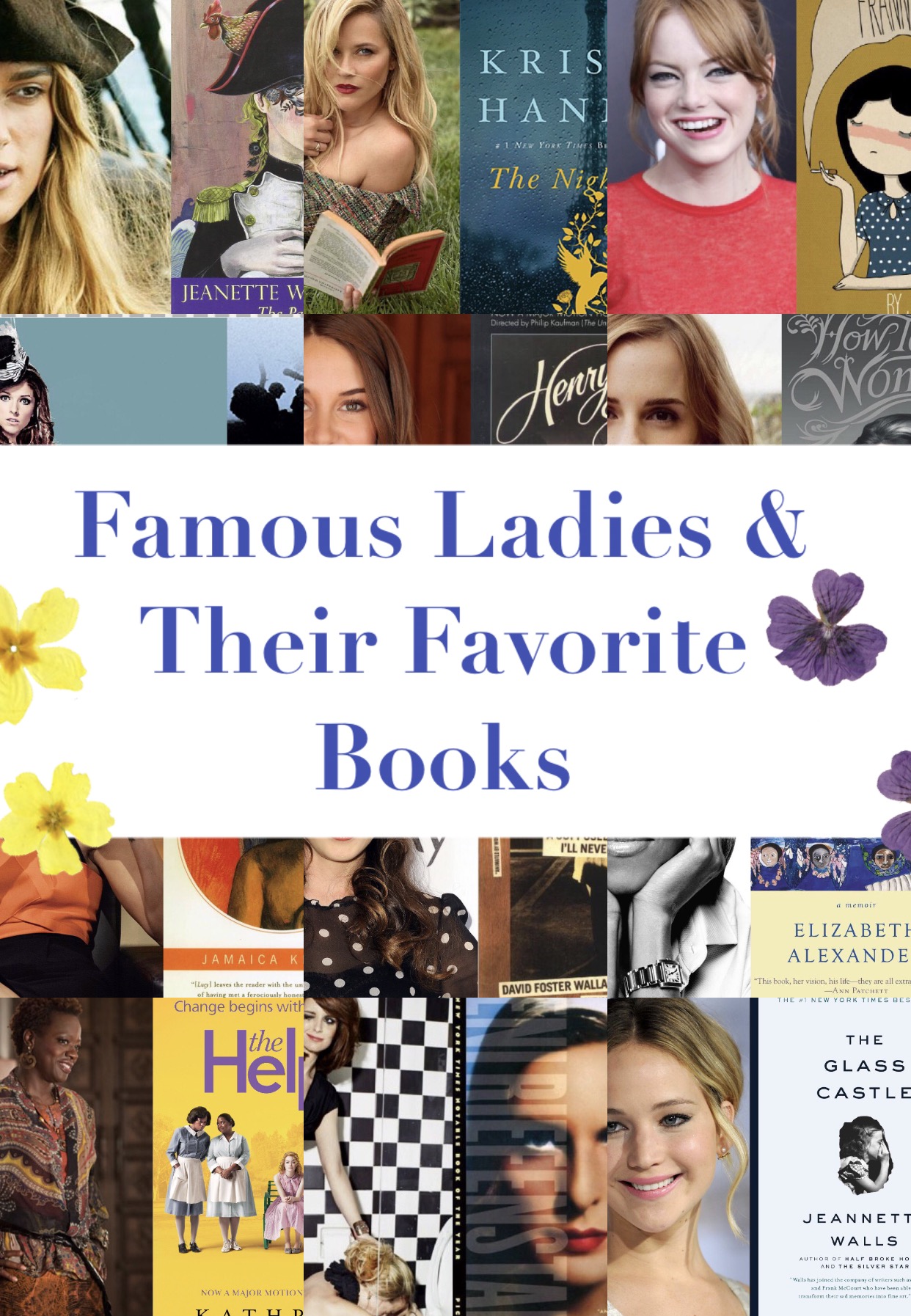 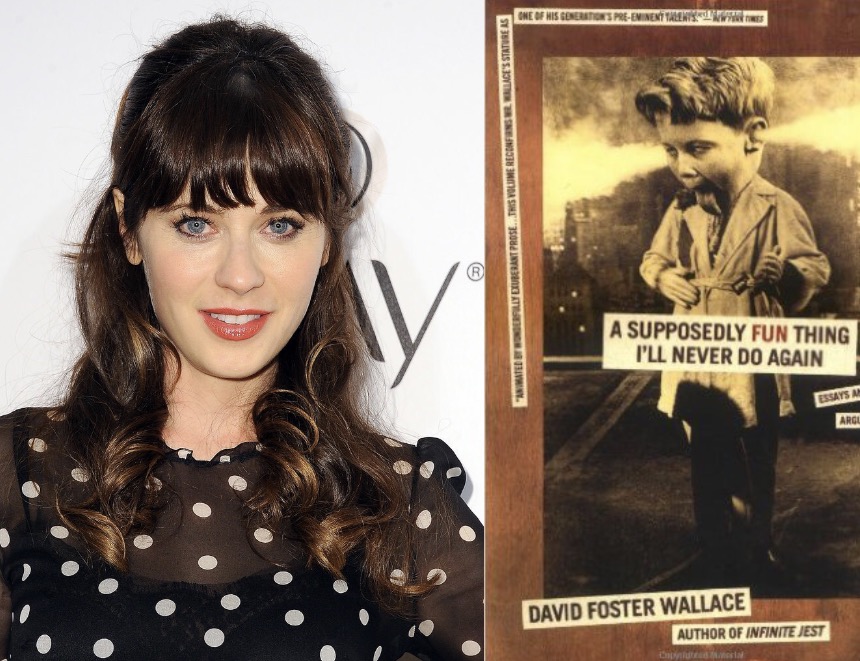 What Zooey Deschanel says: “A Book of essays by David Foster Wallace. One is about a cruise that turns out to be terrible. It’s delightfully astute.”

What’s It All About? In this exuberantly praised book – a collection of seven pieces on subjects ranging from television to tennis, from the Illinois State Fair to the films of David Lynch, from postmodern literary theory to the supposed fun of traveling aboard a Caribbean luxury cruiseliner – David Foster Wallace brings to nonfiction the same curiosity, hilarity, and exhilarating verbal facility that has delighted readers of his fiction, including the bestselling Infinite Jest. 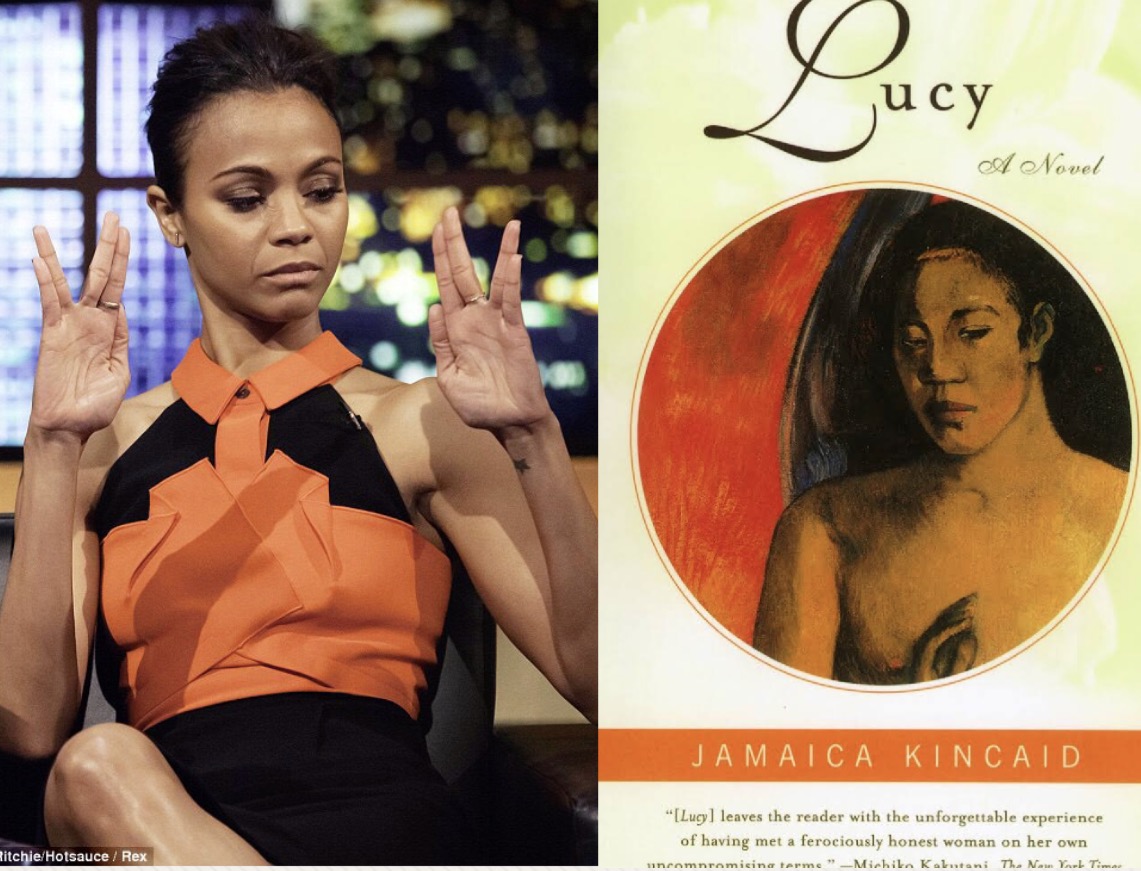 What’s It All About? Lucy, a teenage girl from the West Indies, comes to America to work as an au pair for a wealthy couple. She begins to notice cracks in their beautiful façade at the same time that the mysteries of own sexuality begin to unravel. Jamaica Kincaid has created a startling new heroine who is destined to win a place of honor in contemporary fiction.

Loved by Viola Davis *Probably helps that she starred in the movie ;)* 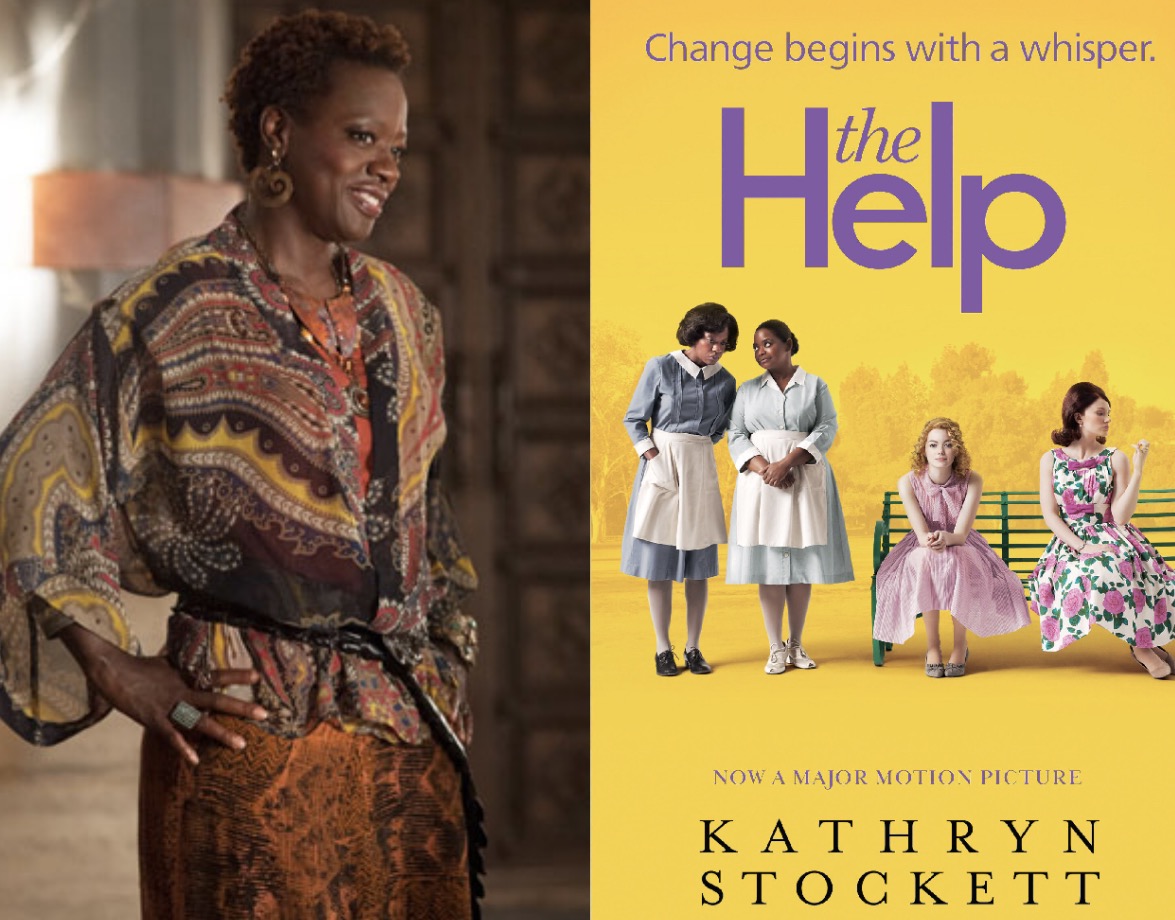 What’s It All About: Aibileen is a black maid in 1962 Jackson, Mississippi, who’s always taken orders quietly, but lately she’s unable to hold her bitterness back. Her friend Minny has never held her tongue but now must somehow keep secrets about her employer that leave her speechless. White socialite Skeeter just graduated college. She’s full of ambition, but without a husband, she’s considered a failure. Together, these seemingly different women join together to write a tell-all book about work as a black maid in the South, that could forever alter their destinies and the life of a small town… 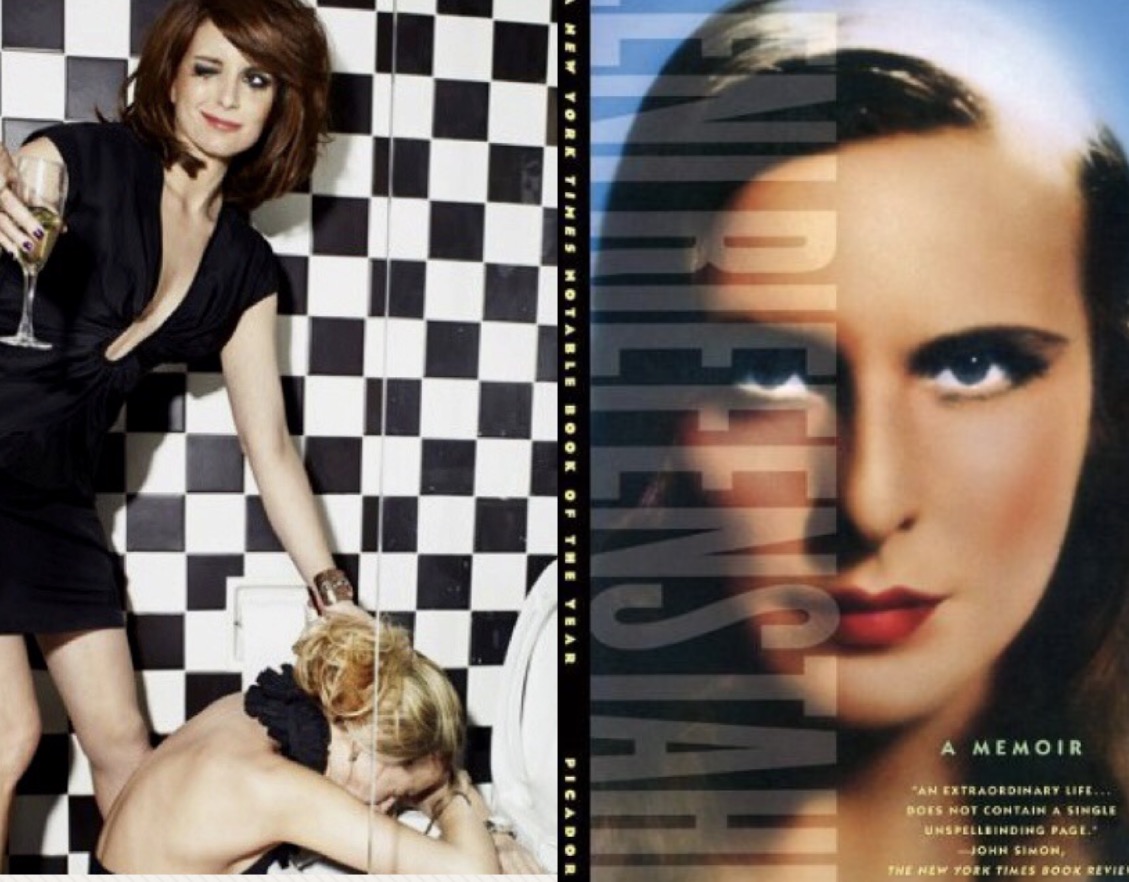 Leni was Hitlers favorite film maker (no shit) … And here is why Tina Fey cautiously enjoyed her book: “If she hadn’t been so brilliant at what she did, she wouldn’t have been so evil […] She was like, in the book, ‘He was the leader of the country. Who was I not to go? And it’s like, Note to self: Think through the invite from the leader of your country.”

What’s It All About: The definitive biography of Leni Riefenstahl, the woman best known as “Hitler’s filmmaker,” one of the most fascinating and controversial personalities of the twentieth century. It is the story of huge talent and huger ambition, one that probes the sometimes blurred borders dividing art and beauty from truth and humanity.

Two of Riefenstahl’s films, Olympia and Triumph of the Will, are universally regarded as the greatest and most innovative documentaries ever made, but they are also insidious glorifications of Adolf Hitler and the Third Reich. Now, in this masterful new biography, Steven Bach reveals the truths and lies behind this gifted woman’s lifelong self-vindication as an apolitical artist who claimed she knew nothing of the Holocaust and denied her complicity with the criminal regime she both used and sanctified.

The facts and her actions, many unknown until now, bear chilling witness: her passionate enthusiasm for Hitler from her first reading of Mein Kampf; her involvements with Nazi leaders Joseph Goebbels, Martin Bormann, Albert Speer, and Julius Streicher, who advanced her career, and with Hitler, who personally helped finance it; her role as silent eyewitness to wartime atrocities against Jews; and her use of slave labor in the form of concentration camp Gypsies destined for Auschwitz. We see her after the war trying to sell footage to Hollywood under an alias, manipulating a sham “discovery” of the Nuba tribes of Sudan into a career comeback, fighting to disinherit her closest living relatives, and—to the end—unable to express remorse for the millions murdered by the Nazi regime made mythic by her work.

Relying on new sources—including interviews with her colleagues and intimate friends, as well as on previously unknown recordings of Riefenstahl herself—Bach gives us an exceptional work of historical investigation that untangles the past and is also an objective but unsparing appraisal of a woman of spectacular gifts corrupted by ruthless personal ambition. 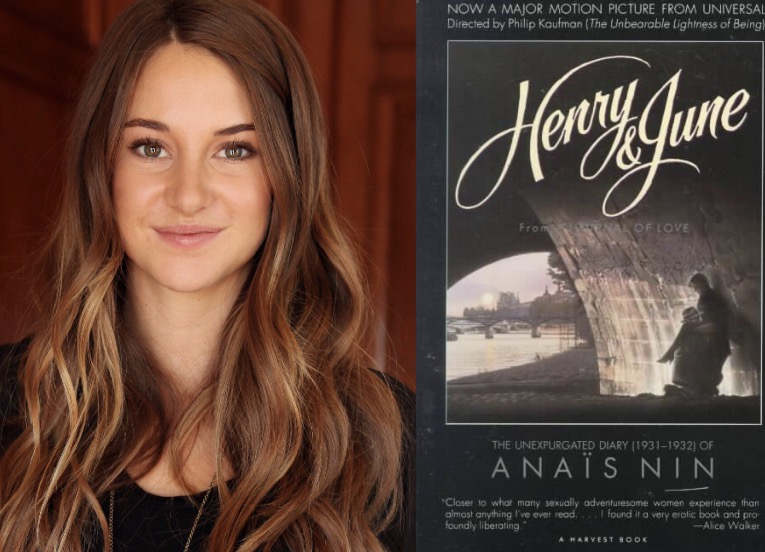 What’s It All About: Taken from the original, uncensored journals of Anaïs Nin, Henry and June spans a single year in Nin’s life when she discovers love and torment in one insatiable couple. From late 1931 to the end of 1932, Nin falls in love with Henry Miller’s writing and his wife June’s striking beauty. When June leaves Paris for New York, Henry and Anaïs begin a fiery affair that liberates her sexually and morally, but also undermines her marriage and eventually leads her into psychoanalysis. As she grapples with her own conscience, a single question dominates her thoughts: What will happen when June returns to Paris? An intimate account of one woman’s sexual awakening, Henry and June exposes the pain and pleasure felt by a single person trapped between two loves. 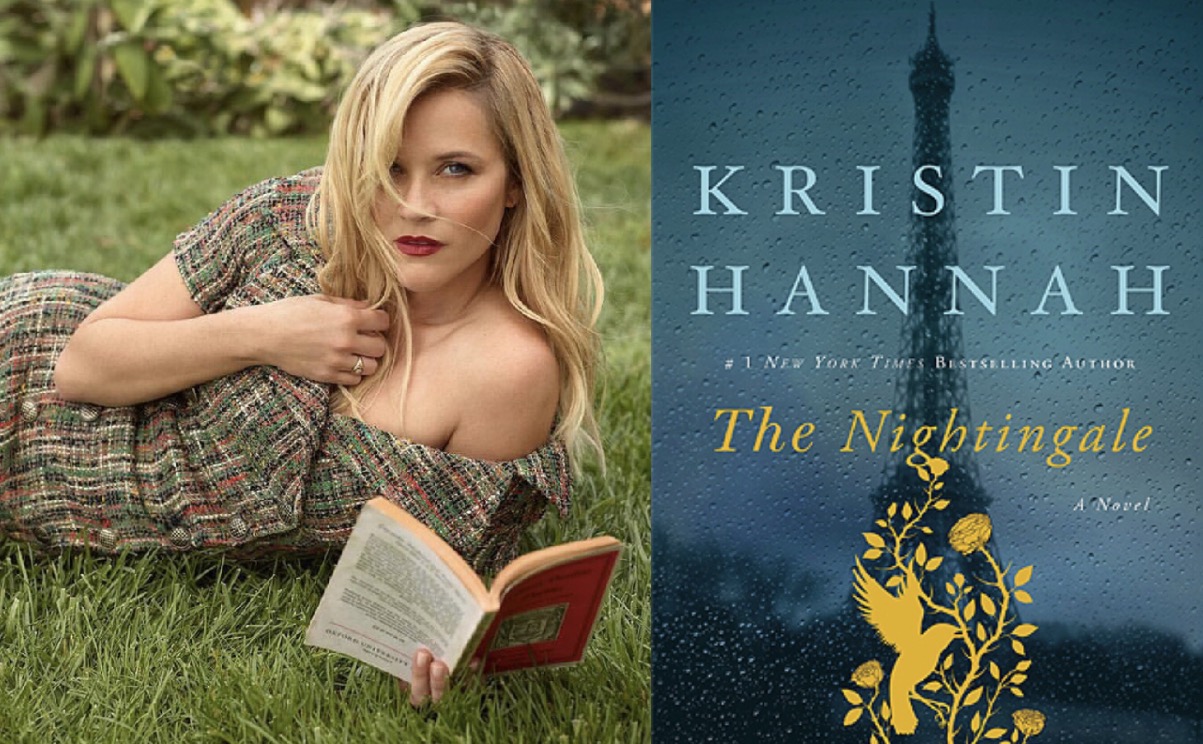 What’s It All About: Despite their differences, sisters Vianne and Isabelle have always been close. Younger, bolder Isabelle lives in Paris while Vianne is content with life in the French countryside with her husband Antoine and their daughter. But when the Second World War strikes, Antoine is sent off to fight and Vianne finds herself isolated so Isabelle is sent by their father to help her.

As the war progresses, the sisters’ relationship and strength are tested. With life changing in unbelievably horrific ways, Vianne and Isabelle will find themselves facing frightening situations and responding in ways they never thought possible as bravery and resistance take different forms in each of their actions.

-tHE LIGHT OF THE WORLD- 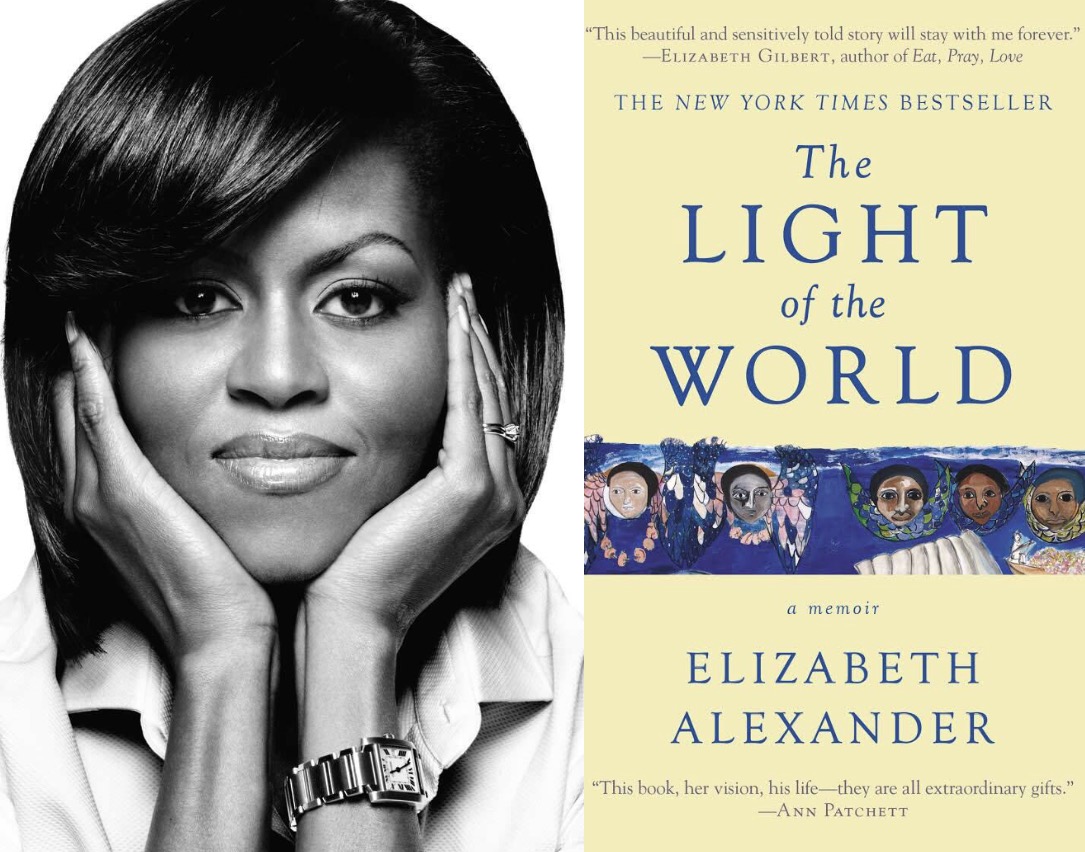 What’s It All About: In The Light of the World, Elizabeth Alexander finds herself at an existential crossroads after the sudden death of her husband. Channeling her poetic sensibilities into a rich, lucid prose, Alexander tells a love story that is, itself, a story of loss. As she reflects on the beauty of her married life, the trauma resulting from her husband’s death, and the solace found in caring for her two teenage sons, Alexander universalizes a very personal quest for meaning and acceptance in the wake of loss.

The Light of the World is at once an endlessly compelling memoir and a deeply felt meditation on the blessings of love, family, art, and community. It is also a lyrical celebration of a life well-lived and a paean to the priceless gift of human companionship. For those who have loved and lost, or for anyone who cares what matters most, The Light of the World is required reading.

Loved by Kiera Knightley *SIDE NOTE: THEIR HATS MATCH LOL* 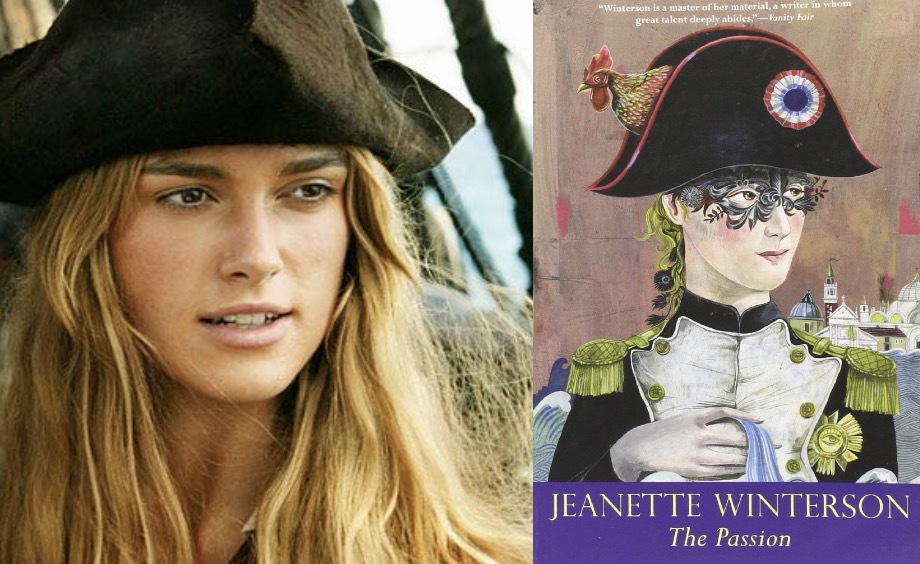 What’s It All About: Jeanette Winterson’s novels have established her as one of the most important young writers in world literature. The Passion is perhaps her most highly acclaimed work, a modern classic that confirms her special claim on the novel. Set during the tumultuous years of the Napoleonic Wars, The Passion intertwines the destinies of two remarkable people: Henri, a simple French soldier, who follows Napoleon from glory to Russian ruin; and Villanelle, the red-haired, web-footed daughter of a Venetian boatman, whose husband has gambled away her heart. In Venice’s compound of carnival, chance, and darkness, the pair meet their singular destiny.

In her unique and mesmerizing voice, Winterson blends reality with fantasy, dream, and imagination to weave a hypnotic tale with stunning effects.

Loved by Jennifer Lawrence *A few years ago, Jennifer said in an interview that she wished this book to be turned into a movie, because she badly wanted a role in it. GUESS WHAT!? It’s now a movie! Sadly, Jennifer is not in it.* 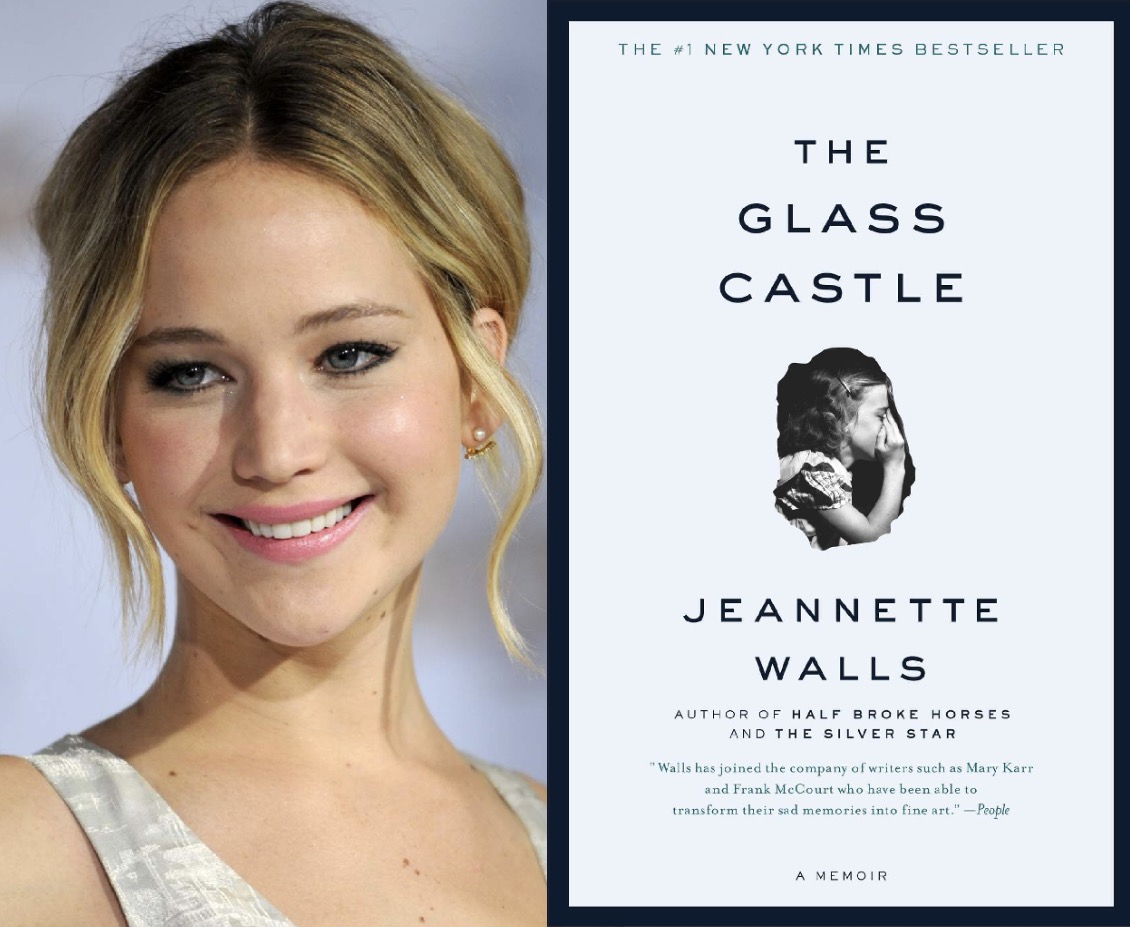 What’s It All About: The Glass Castle is a remarkable memoir of resilience and redemption, and a revelatory look into a family at once deeply dysfunctional and uniquely vibrant. When sober, Jeannette’s brilliant and charismatic father captured his children’s imagination, teaching them physics, geology, and how to embrace life fearlessly. But when he drank, he was dishonest and destructive. Her mother was a free spirit who abhorred the idea of domesticity and didn’t want the responsibility of raising a family.

The Walls children learned to take care of themselves. They fed, clothed, and protected one another, and eventually found their way to New York. Their parents followed them, choosing to be homeless even as their children prospered.

The Glass Castle is truly astonishing–a memoir permeated by the intense love of a peculiar but loyal family.

Emma Watson thoughts on How To Be a Woman: “I read it on a plane from London to New York and I laughed out loud and cried so much I think the whole cabin, airline staff included, thought I was losing my mind.” 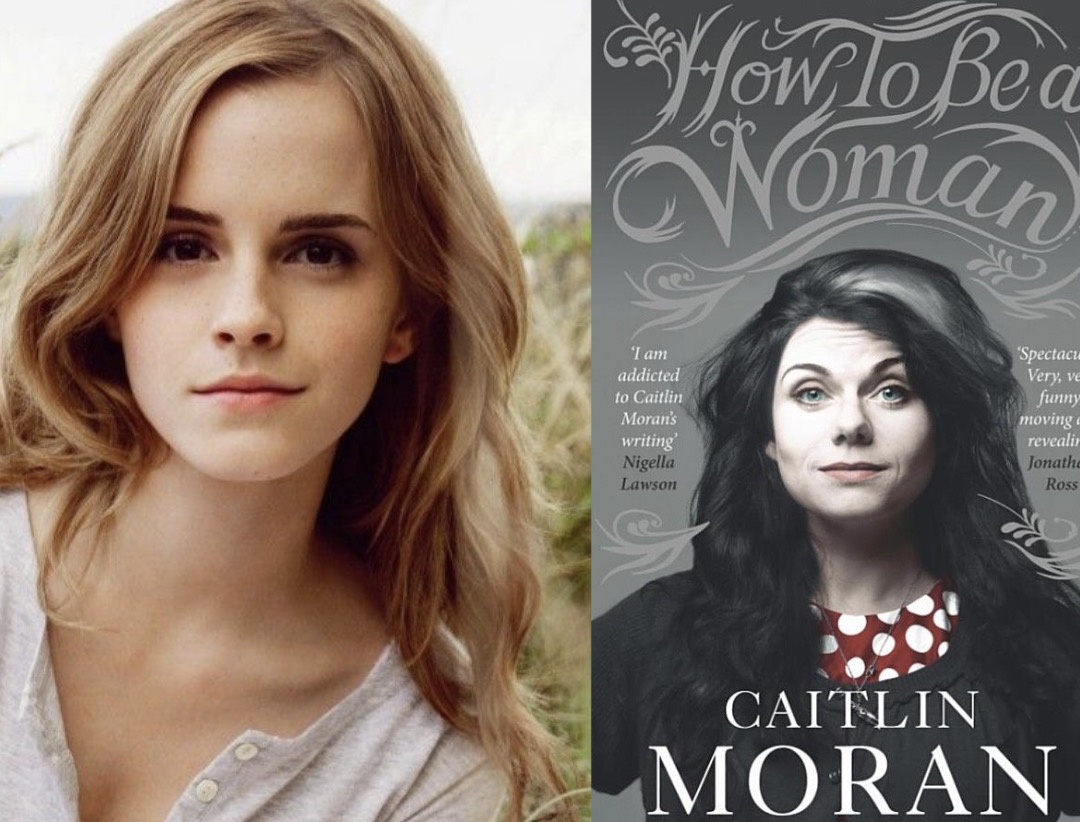 What’s It All About: Though they have the vote and the Pill and haven’t been burned as witches since 1727, life isn’t exactly a stroll down the catwalk for modern women. They are beset by uncertainties and questions: Why are they supposed to get Brazilians? Why do bras hurt? Why the incessant talk about babies? And do men secretly hate them? Caitlin Moran interweaves provocative observations on women’s lives with laugh-out-loud funny scenes from her own, from adolescence to her development  as a writer, wife, and mother.

-The Things They Carried- 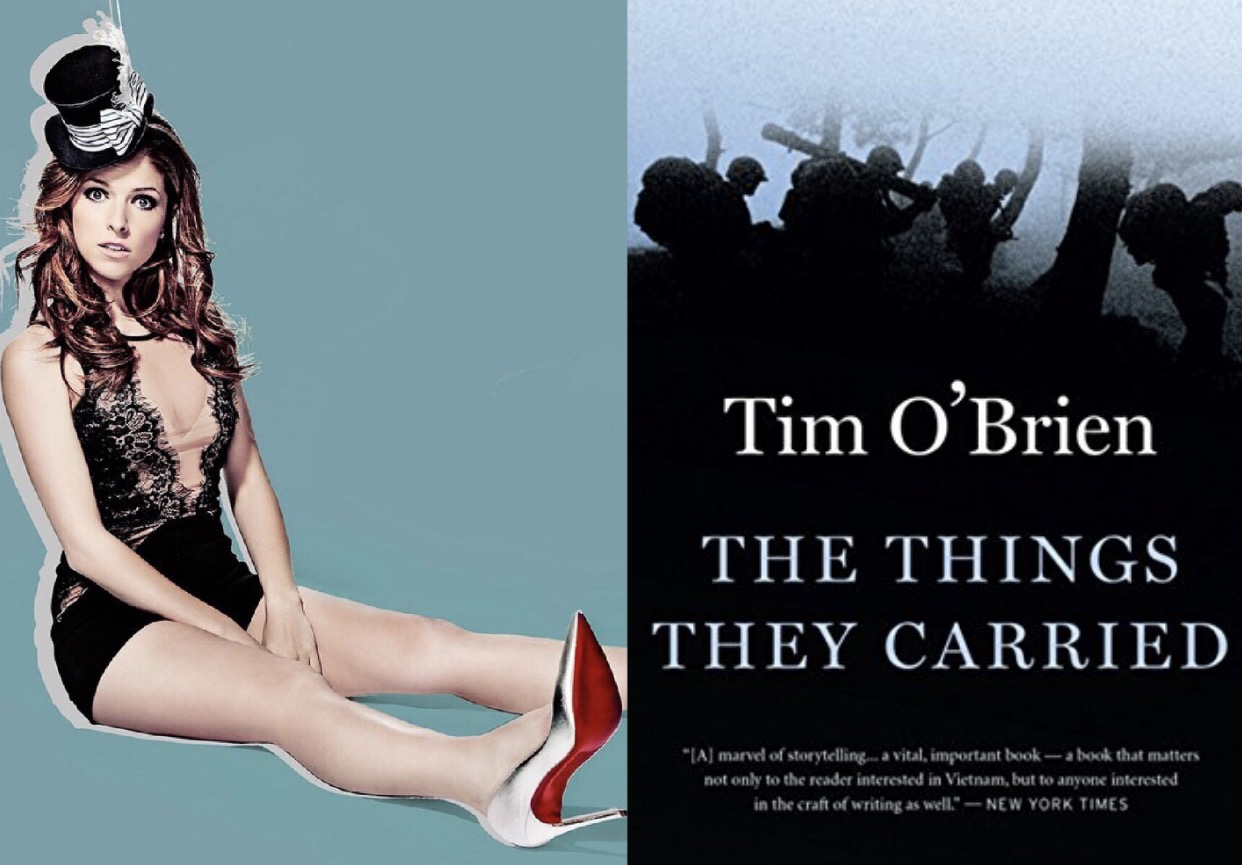 What’t It All About: They carried malaria tablets, love letters, 28-pound mine detectors, dope, illustrated bibles, each other. And if they made it home alive, they carried unrelenting images of a nightmarish war that history is only beginning to absorb. Since its first publication, The Things They Carried has become an unparalleled Vietnam testament, a classic work of American literature, and a profound study of men at war that illuminates the capacity, and the limits, of the human heart and soul.

The Things They Carried depicts the men of Alpha Company: Jimmy Cross, Henry Dobbins, Rat Kiley, Mitchell Sanders, Norman Bowker, Kiowa, and the character Tim O’Brien, who has survived his tour in Vietnam to become a father and writer at the age of forty-three.