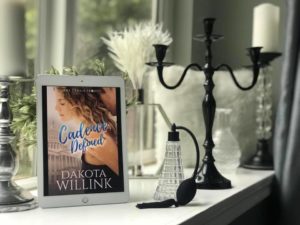 What’s It All About?
One love. One destiny. But it only takes one person to bring the house of cards tumbling down.
Seventeen years ago, Fitz Quinn stole the heart of Cadence Riley. He took her innocence, then left her broken. When a twist of fate brings them back together again, she quickly learns that even time couldn’t dim their chemistry. Fitz was sexier than ever – successful and provocative. He became the man she always knew he would be, and the heat between them quickly became unbearable. Despite the promise she made to herself, she felt the walls to her heart start to crumble and began to fall all over again.
However, things aren’t the same as they once were. Cadence is the driving force behind a nonprofit organization where she handles each case with the determination of a shark. Fitz is known as Washington’s fixer. He is the CEO for a public relations firm – one that represents the politicians who fight against everything Cadence stands for. What do they say about opposites attract?
Finding themselves at a crossroads, Fitz needs to decide if going against his father is worth pursuing a second chance with Cadence. One wrong move and his reputation could be obliterated. For Cadence, she needs to let go of her secrets and forgive Fitz for leaving her alone all those years ago. But more importantly, she needs to decide if sacrificing her values is worth being with the only man she has ever loved.