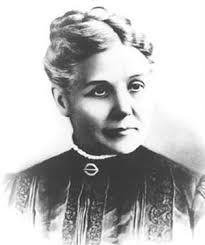 Ann Reeves Jarvis is the original mother, mother of mother’s day, the OG, if you will. So, who is the woman who started it all? And why did her poor daughter, Anna, pay the awful price for this holiday?

After the Civil War, the North and South STILL didn’t want to be friends… Duh. So Ann Reeves Jarvis said to herself “Who are the most level-headed people in the world that could fix this shit?” Moms!! That’s right. MOMS!

Ann started the “Mothers’ Friendship Day” in 1868 in hopes that all the moms would come together and be friends, and let bygones be bygones. Racism and slavery be damned. Unfortunately, It didn’t work.

Ann sadly died in 1905. But even with the failed attempt to unify the North and South, she still led a very successful life as a Social Activist and Community Organizer. So, be happy for her!

Ann’s daughter, Anna, decided to try again with the whole Mother’s Day thing, to honor her mom. A huge service was held in Ann’s honor and Anna sent over 500 carnations to every person who attended the service. Making the official flower of Mother’s Day carnations, Ann’s favorite flower.

In 1914, Woodrow Wilson recognized the second Sunday in May as a a National Holiday. This PISSED Anna off. People were financially gaining on a day that was meant to honor HER mom. We all know how Hallmark likes to commercialize for financial gain, (Cough Valentine’s Day Cough- not that i mind).

Anna was so mad, she sued Eleanor Roosevelt for using the holiday to raise money for a charity. She even got arrested for causing a ruckus at a carnation sale by the American War Mother’s. Eek.

Sadly, Anna was locked up in a psych ward… Guess who paid to keep the very broke Anna there? The floral and greeting card companies, of course. They never gave her a dime from sales, but made sure to pay for her housing in the psych ward.

Anna Jarvis once said “A printed card means nothing except that you are too lazy to write to the woman who has done more for you that anyone in the world. And candy! You take a box to your Mother- and then eat most of it yourself. A pretty sentiment.” I can imagine how hard her eyes were rolling at the nonsense.

Anna wanted us to remember what Mother’s Day is truly about. In my house, at least, that is what is done. I am treated like a queen every day, but on this day, I get coupon books from my youngest that includes ‘foot rubs, free chores, free hugs, etc.’. I highly enjoy these little homemade things.

In conclusion, Happy Mother’s Day, Ann. You were an AWESOME woman. In a time where women were still treated like maids or baby-makers, you broke some of the mold by getting out in the world and making change! And Anna,  I will think of your Mother today and all the wonderful things she did, because of you and your persistence. And ballsiness. Girlfriend was a G.