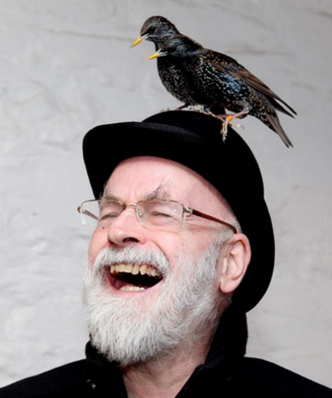 Terry Pratchett wrote wonderful novels in the very rare genre, Comic Fantasy! Sadly, he died in March of 2015. Some of his most famous novels: Going Postal, The Color of Magic, and The Wee Free Men.

When I die, I hope to hell my computer and phone are destroyed PRONTO. Not so much because of my browser history, but my unfinished writing.

Terry had the same idea. Rob Wilkins, Terry’s assistant, has said there were at least 10 unfinished novels, and dozens of fragments of others on his hard drive. Terry said he did not want his unfinished works to see the light of day, and should be crushed in the road.

Well, Rob did just that. Terry’s hard drive was smashed by a steamroller named “Lord Jericho”. 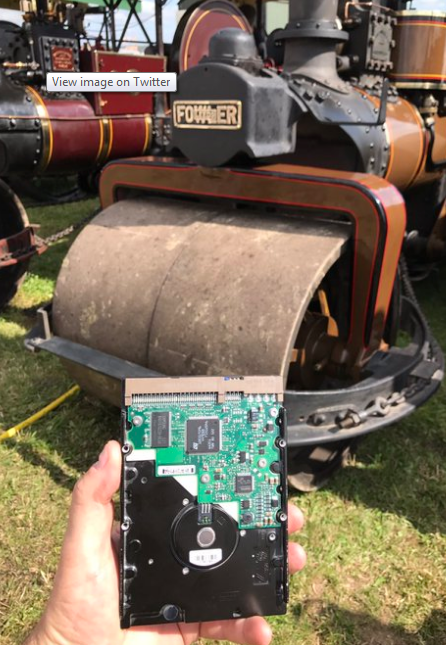 Terry Pratchett was a G until the end.