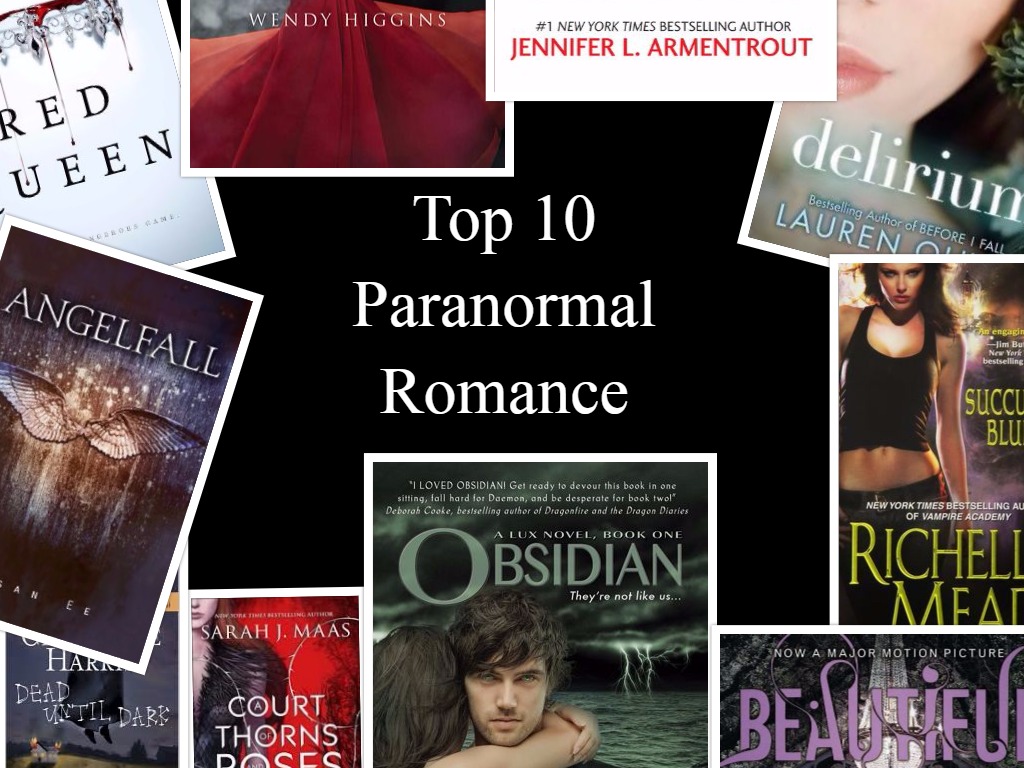 Georgina Kincaid has the blues. She is a part of an organized effort on behalf of the devil to darken the souls of mortals. Therefore, Succubus’ like Georgina get to go suck the souls out of unsuspecting humans while having sex. She never kills them, and chooses to only prey on those who are already on a dark path. She is a Succubus with a heart, and a longing to have a real relationship- which would be deadly for any man. Making things even MORE difficult, her favorite author, Seth, is smitten with her; as well as a hunk named Roman (YAY! Love triangle!!). To top it off, now there is a demon/angel murderer on the loose, killing those around her. And whoever it is, they’re now stalking her.

9. dead until dark by charlaine harris

In a nutshell containing thirteen books: Sookie Stackhouse is a telepathic cock-tail waitress at the local bar in a “sneeze and you’ll miss it” Louisiana town. Small towns do not take well to unique people; Sookie was labeled an outcast very early on due to her mind reading ability. But, the world is changing, vampires have come out of the shadows and are now living among the humans. Sookie is sucked into the not-so-secret society when she begins dating a vampire, and with that, comes a slew of new problems for her already difficult life.

Seventeen year old Layla lives with her adopted family, who are also Wardens: AKA a Gargoyle species that protect humans from Demons. Layla is half Warden, half Demon, and unaccepted by both species, including her adopted father. The only Warden who doesn’t despise her is Zayne, who she has been in love with her entire life. But due to Layla’s Demon side, one kiss from her could suck his soul right out of ‘em. That makes life a tad difficult. Then low and behold, a hot Demon walks into her science class. Demons she can kiss, and it wouldn’t hurt a fly. But if she falls for this delectable Demon boy, she will be succumbing to her dark side, ultimately losing Zayne and her family forever.

Cheerleaders and athletes run the school. Snobby, obsessive, American Revolutionaries run the town. Don’t dare to be different, or you will be out casted. Ethan Wate wants nothing more than to flee small-town Gatlin; until Lena Duchannes shows up and ruffles everyone’s feathers. He’s seen her in his dreams, and there’s an undeniable connection between the two of them. But Ethan quickly discovers Lena comes from a family of Casters who are cursed. On Lena’s 16thbirthday, she will be Claimed to either the dark or light side. The odds are against Lena and Ethan, will they be able to overcome Lena’s Claiming, and the wrath of Gatlin’s citizens?

Nephilim are the children of demons. The Nephilims’ main goal is to spread evil and corrupt souls, and are ruled by their demon parents. Anna has always known she was different, her ability to see auras came early on. By a chance encounter with bad boy Kaidan, she realizes she is not the only different one around. Anna is the furthest thing from evil, but through Kaidan, she learns that her heritage is the furthest thing from good, and she has a duty to spread evil, or she will be killed. Anna must embark on a cross-country trip with Kaidan to learn more of her past, and hopefully not succumb her innocence, seeing as Kaidan is the Lust Nephilim.

I’m going to do everyone a favor and break down the VA lingo before I give a summary. A vampire is, well, a vampire, but they can wield magical abilities, each specific to the vampire. A Dhampir is half-human, half-vampire; they do not have magic, but they are physically strong, much stronger than humans or vampires and are born to protect vampires. The Strigoi are BAD vampires, they feed to kill, and are not born, but made (that is explained later). In a nutshell, Rose (Dhampir) and Lissa (vampire) ran away from the infamous Vampire Academy (where you learn all things Vampire and Dhampir), in fear for Lissa’s safety. But they have now been forced to return. Someone is after Lissa, and it is up to Rose to protect her while simultaneously dealing with high-school BS; and of course, their love lives, which are becoming more and more complicated.

Seventeen year old Kate has moved to good ol’ middle of nowhere West Virginia with her mom, following the death of her dad. A far cry from the beautiful beach life she was accustomed to. The grass started to seem greener when she sees a hot boy living next door, Daemon. But no such luck for poor Kate, he’s about as approachable as a porcupine, or so she thinks. Long story short- Kate is almost hit by a truck, Daemon freezes the truck with his awesomely hot alien super powers. What’s not awesomely hot? His powers left a residue on her, attracting all of the bad aliens her way. Daemon is now obligated to protect a not-so-happy Kate. Let the chemistry begin ;).

2. a court of thorns and roses by saraH j. Maas

Nineteen year old Feyre has the weight of the world on her shoulders, as she keeps her poverty stricken family alive by hunting day and night for food. In the woods, she kills a large wolf, not knowing the wolf was a Fae. Now, she must pay a life for a life. A large beast bursts into her family’s home and demands the exchange. Feyre is then dragged away to a world she only knows through horrifying stories, stories of lands filled with monsters and magic. Shortly after arriving, she realizes the powerful beast is not what she expected, he instead fills her heart with emotions she never dreamed of. But a Smite is lurking over the Fae world, one that will crush her new found love. Will Feyre, being only but a simple human girl, be able to stop the inevitable?

Six weeks has passed since Archangel Gabriel came to earth with a message, which was never heard due to someone literally “shooting the messenger”. In response, the angels have gone on a murdering spree all across the world. Sixteen year old Penryn must keep her wheel-chair bound sister safe, as well as her schizophrenic mother. And hopefully survive the apocalypse. Through a series of unfortunate events, Penryn’s sister is kidnapped by an angel, and her only hope to rescue her is to make a deal with a bitter, injured (and totally hot) angel. Together, they embark across Los Angeles on a dangerous journey to the angels’ nest- AKA: the absolute worst place to be.